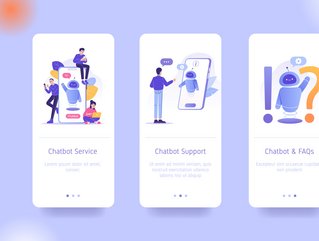 RDA is a branch of Robotic Process Automation. Still in its infancy, it could bring great benefits across industries if teething problems can be solved

Robotic process automation (RPA) is the creation and deployment of software ‘bots’ designed to learn, mimic, and execute business processes, according to Servicenow, whose business model is based on providing products using SaaS cloud computing software.

While traditional automation has created efficiency for structured and large-scale organisational processes, RPA is a smaller, individualised scale and task-oriented as opposed to process-oriented.

Robotic desktop automation (RDA) is an extension of RPA

Ryan Raiker is Sr. Director at ABBYY, an intelligent automation company trusted by over 5000 customers and most of the Fortune 500.

Raiker points out that much of robotic automation is happening on the desktop, even if some of these desktops are in virtual machines.

“So much of desktop work is performed in applications, both web and installed on the desktop, but so much of the work is performed in text and data fields. The ability to suggest actions ‒ like Google Chrome does with username, passwords, credit card information, and addresses ‒ will give employees back time and save money for the companies they work for. Pair it with process and task mining to give advanced insight into the business operations, and you enable the ability to give employees AI assistance in their work to make the right decisions at the right time. It’s a win for everyone.”

Mika Vainio-Mattila is CEO of Digital Workforce, as well as one of its three co-founders, and partners with over 200 enterprises worldwide, across a range of industries encompassing banking, finance, manufacturing, insurance and healthcare.

He says: “The beauty of business automation is that it is not sector-specific, and benefits can be leveraged in many industries. The common thread uniting our customers is a high volume of manual processes that can be optimised using Robotic Process Automation (RPA) to boost operational efficiencies.

“Many companies can benefit from building a robust digital infrastructure but get stuck in a loop of long-tail IT projects that fail to deliver on ROI,” he adds.

In order to unlock the power of intelligent automation (IA), Vainio-Mattila says companies need scalable services that can be deployed quickly, as even seemingly complex processes have certain elements that could be taken away from human workers and given to robots.

“That’s because anything that requires a high degree of accuracy while being deeply repetitive is automation gold. In fact, there’s an argument to be made that it is exactly this sort of work that shouldn’t be entrusted to humans – repetition is the enemy of concentration, which is needed for accuracy.

“The robots already exist: your organisation might not be using them yet but the competition is, which means they can process data and analyse it faster than any human can. They can respond to changing situations quicker, deliver greater levels of service to customers at scale, and make more accurate decisions on investment, procurement and the hundred and one other variables that separate the winners from the also-rans,” adds Vainio-Mattila.

What is a recurrent topic is how often processes are automated, with little reflection around how robots connect with human workforces, according to Vainio-Mattila.

“The best use is when the likes of RPA, intelligent automation and artificial intelligence are used to augment, rather than replace, workforces,” he concludes. 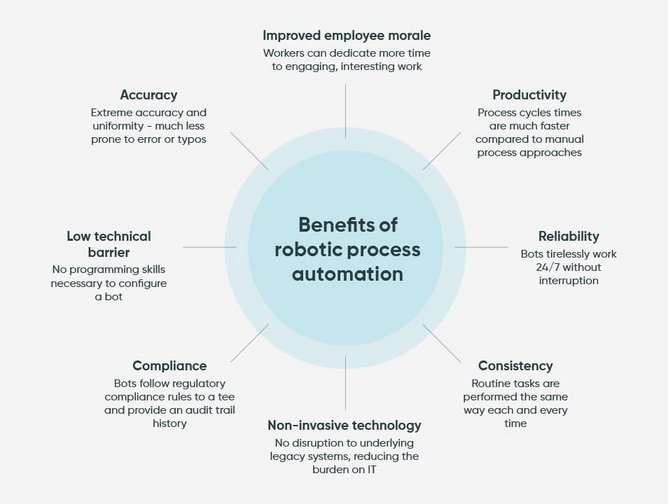 Execution vital to effectiveness of RDA

Signavio was founded in 2009 and introduced the first completely web-based collaborative BPM (business process management) software. What began as a small start-up is now a global player with a growing team working in offices in Germany, the United States, Singapore, France, Australia, the United Kingdom, and Switzerland. One product has developed into the SAP Signavio Process Transformation Suite.

Dr Gero Decker is the Co-General Manager at SAP Signavio. He envisions a rise in adoption of RPA: “More organisations are coming round to the idea that time-consuming and repetitive business processes can be automated, especially those which human workers find difficult, mundane, or frustrating to complete. In particular, standardised tasks that are based on specific rules and that are high priority.

“Automating these tasks can deliver significant cost savings, minimise errors and open a host of other benefits which ultimately lead to an enhanced customer experience.”

However, according to Decker, effectively implementing Robotic Desktop Automation is often more challenging than initially anticipated. As an example, he says, “around half of all Robotic Process Automation initiatives fail to deliver expected improvements due to poor execution – the premise remains the same for RDA”.

What is preventing businesses from making the most of the opportunity? Decker adds that a major cause is they often overlook the ‘process’ element of automation.

“This leads to the automation of systemically poor processes, with the likely result being that the same mistakes are made faster and on a grander scale.

This issue stems from a disparity between what business leaders think is happening and what is actually occurring ‒ and it is only by aligning the actual insights and desired states prior to implementation that automation can be successful. We cannot augment incorrect human behaviour and expect efficient RDA as a result.”