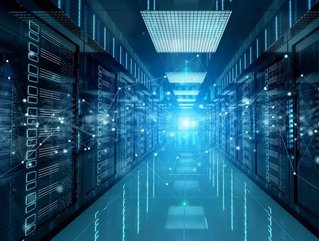 Startup Quantum Brilliance has announced it will be providing the Pawsey Supercomputing Centre in Perth with a quantum accelerator.

The Canberra-based firm was born from the Australian National University, and specialises in more accessible forms of the technology, eschewing the large and unwieldy systems more associated with quantum computing.

This is achieved via synthetic diamonds, which allows the company to build quantum accelerators that do not require extreme cooling and laser systems, thus allowing its technology to be integrated into classical computer systems and even mobile devices.

“It has been a privilege working towards this goal with the fantastic team at Pawsey. We are only starting to see how quantum accelerators can transform industries in Australia and around the world,” said Quantum Brilliance CEO Andrew Horsley, Ph.D. “Because of our unique diamond-based technology, customers can run our quantum computers themselves, and we provide them a full set of tools to explore how quantum can help create new capabilities. We are one of a very small handful of companies with the capability to deliver quantum computing hardware directly to customers.”

Just as bits are the core building blocks of conventional computers, quantum bits or qubits are the basic unit of quantum computers. While conventional bits might be either a 1 or a 0, qbits can, critically, exist in a superposition of both states at the same times.

Quantum computing has advanced hugely in recent years. Traditionally prohibitively difficult owing to difficulties gaining access to hardware, new approaches have led the likes of Google to claim quantum supremacy - referring to a quantum computer performing a task that could not be achieved by a conventional system.

The technology’s arrival has led some to fear the disruptive effect of quantum computers’ anticipated capabilities in fields such as cryptography, where, due to their highly parallel nature, they can crack encryption methods that would take conventional computers thousands of years.