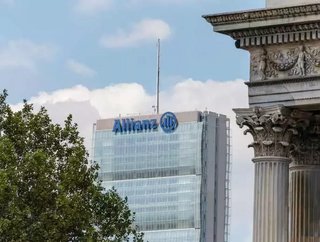 The Chief Digital Officer (CDO) of German financial services company Allianz, Solmaz Altin, is set to step down from his current role, having been appoi...

The Chief Digital Officer (CDO) of German financial services company Allianz, Solmaz Altin, is set to step down from his current role, having been appointed as the new CEO of Allianz Asia.

Having acted as the CDO of Allianz for over two years, Altin has been a crucial member in leading Allianz’s digital transformation strategy. Within this, the company has aimed to boost its digital capabilities by enhancing its digital product range and digital partnerships.

“His primary role as the Global CDO is to make sure that Allianz’s customers have access to world class digital service and services,” says Altin’s LinkedIn profile. “He believes that strengthening Allianz’s DNA as a customer centric, digital organization will provide Allianz’s customers with superior customer experiences, and improved customer satisfaction.”

Previous to his position as the CDO of Allianz, Altin worked as the Chief Risk Officer, Chief Financial Officer and CEO for Allianz Turkey between 2009-2015, whilst also having held senior positions at KPMG and PwC prior to this.

“Solmaz Altin has embraced digitalization and has distinguished himself during his tenure in Turkey and as Chief Digital Officer for the Group,” said Sergio Balbinot, Chairman of the Allianz Asia Advisory Council.

“Over the last two years, he has laid the foundation for our Digital Agenda and the Allianz SE board thanks Solmaz Altin for his outstanding achievements. I am delighted to welcome him to Allianz Asia and I look forward to him leading Asia through the next stage of its development.”

Altin will replace George Satorel as the Regional CEO of Allianz Asia, commencing 1 May 2019.