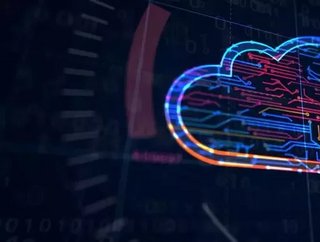 UKCloud’s State of Digital and Data survey has provided insight into the public sectors use of technology and how they store data...

New data gathered by UKCloud has found a shift towards new technologies, 97% of UK public sector respondents stated they were, at minimum, evaluating digital technology and its potential to improve outcomes and services.

According to the UKCloud’s State of Digital and Data survey, most organisations are evaluating or experimenting with the use of new technologies such as IoT, artificial intelligence (AI), or machine learning (ML), to drive more value from their data. More than a third (35%) are already using such technologies consistently across their organisation, while almost half of those surveyed (47%) use them in specific systems.

Moving to the cloud

The survey also revealed a lack of knowledge and tools, which could be impacting the delivery of services. With the pandemic requiring people to work from home where possible, 41% said their organisation was unable to access all the data it needs to provide the best service. A similar number (40%) admitted their teams don’t possess the capabilities to understand where their data is held, and how it’s currently being used.

“The survey highlights the continued tension that exists between cloud adoption and the perception that such adoption leads to an increase in cyber risk. In reality, these two factors are not inextricably linked. Cloud adoption can positively reduce risk, as many of the controls that are baked into a modern cloud platform are more comprehensive and better managed than those in on-premises equivalents. However not all data is created equal, so organisations should apply a sense of proportionality when considering where and when cloud is the right option,” said Mark Jackson, National Cybersecurity Advisor, Cisco UK & Ireland.

Only half (52%) of those surveyed believe they have the resources necessary to understand and drive efficiencies from the data they have, meaning they can’t determine its true value. And a large majority (67%) of public sector organisations currently allocate no more than a few days each month for employees to innovate and research ways to unlock more value from data, suggesting there just isn’t enough time for them to discover new ways of working. Fortunately, there is growing awareness across public sector of the benefits of tapping into the capabilities and innovation of the UK tech sector with more than half (55%) of those surveyed say their organisation recognises the social value benefits of using specialist British partners to help it safely adopt digital technologies. 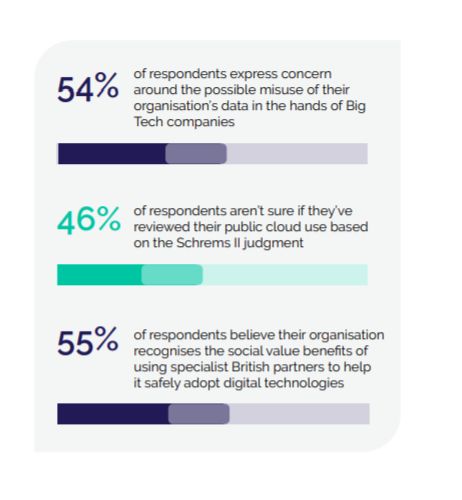 More than half of respondents to the survey (53%) say they have concerns about their organisation’s over-reliance on the limited number of global technology providers, rising to 76% in Central Government. A similar number (54%) express concern about the possible misuse of their organisation’s data.

This survey of more than 300 respondents across the UK public sector, healthcare and defence, provides an insight into the sector's adoption of digital technologies. The survey made it clear that there is still a lack of understanding over the amount of data that is reliant on these technology platforms, and some organisations are simply unaware of all the locations where their data may reside. There were positive findings which are encouraging such as the fact that those survey reported actively evaluating the use of digital technologies and that two-thirds of those surveyed believe that better use of their data is key to delivering better services.