Profile: Who are Coupang Inc? 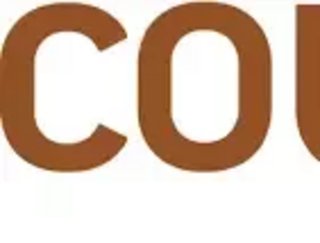 After an astonishing debut IPO in the US market this year, we explore the South Korean ecommerce giant.

Known as the 'Amazon of South Korea', Coupang had an astonishing IPO debut this year back in March 11, boosting the company up by 40% and shares reaching $63.50 from the original price of $35, which at the time was the largest IPO debut of 2021.

With revenue nearly doubling between 2019 and 2020, it enjoys prime position in the Korean market, which is on track to become the world's third-largest ecommerce market before 2021 is out.

With a market cap of over $100 billion after raising $4.55 billion and achieving a valuation of $60 billion, the US has not seen this kind of presence since Alibaba went public in 2014 (it's currently second for the year behind DiDi, the Chinese answer to Uber.)

South Korea’s newest and second-youngest billionaire at the age of 40, CEO Bo Kim's launched Coupang in 2010. He has a net worth is $6.79 billion and is in charge of one of the largest and fastest growing e-commerce platforms on the planet.

After raising more than $3.8 billion in venture capital, from investors such as Sequoia Capital, Softbank, BlackRock, he has morphed from a Groupon-like website to an online retailer, operating a 24-hour logistics service called Rocket Delivery.

Kim has established offices in Seoul, Shanghai, Beijing, Los Angeles, Seattle and Silicon Valley. Recently they have expanded into Singapore, Taiwan and Japan too.

While comparisons are made with Amazon due to the speedy delivery and logistics offerings, Coupang is loved in its native Korea because of it's bright branding on uniforms and delivery vehicles, inventive methods of delivery such as leaving a Coupang box in front of their homes and not having to package up returns

Not all sunshine and rainbows