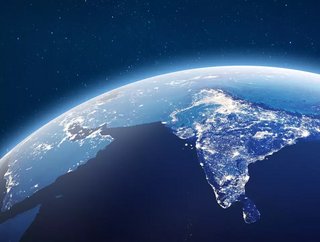 The Indian IT and Business Process Management (BPM) industry’s revenue is estimated at US$194 billion in FY 2021, contributing to 8% of India's total GDP, according to the IBEF.  India is now outpacing China in start-up growth, with over 70 India-based start-ups valued at over a $1 billion. Technology Magazine takes a look at ten of the best. The youngest unicorn on this list, Indian start-up Mensa Brands has recently benefited from a boost from Falcon Edge Capital, taking total money raised in debt and equity to $300 million.

An investment firm that partners with entrepreneurs to build digital-first brands and scale them, the Mensa Brands business model involves investing working capital and picking up equity in other direct to consumer startups and scaling their brands' presence online.

It currently includes 12 brands under its umbrella across three key categories: home, fashion and beauty and personal care. Operating exclusively in Indic languages, ShareChat is India’s leading social media platform in this category. A key part of ShareChat's strategy is built around short video platform Moj, with tens of millions of users from across the world. Designed for artists and creators to create innovative short video content, they can display their creativity to users globally.

Monthly active users (MAUs) of the growing segment are expected to  reach 650 million users by calendar year 2025, only second to television. This growth is driven by the new 300 million internet users that will be added by 2025.

With the aim of imparting education to one and all, Eruditus offers six to eight-month long-executive educational courses to students in partnership with leading universities such as INSEAD, London Business School, Columbia, Wharton, Harvard Business School, Tuck at Dartmouth, Massachusetts Institute of Technology (MIT), and UC Berkeley.

The 4th EdTech in India with unicorn status, the focus of their courses revolves around leadership, finance, management, and banking subjects. With an active engagement of a team of 1550 members across 14 countries, they aim to have a global presence by the end of 2030 to ensure democratic access to quality education.

PhonePe's mission is to make commerce a seamless experience for both customers and businesses, using its mobile payments app to allows users to transfer money instantly to anyone, just by using their mobile number.

The digital payments are designed to be easy, safe, and universally accepted. Their online payment system is based on Unified Payments Interface (UPI) and a digital wallet.

The company is driven by a mission to reimagine products and redesign price processes. Their founders claim that they make their products so simple to understand, a 15 year old could use them. This has led to the business calling their C-suite 'Chief Simplifiers'.

A subsidiary of Ascent Health, PharmEasy is the only healthcare unicorn startup in India. It offers services such as teleconsultation, medicine deliveries, and diagnostic test sample collections.

It provides an online pharmacy that helps patients connect with local pharmacy stores and diagnostic centres in order to fulfill their medical needs.

OYO was founded by founded by Ritesh Agarwal, the first resident Asian to be accepted to the Thiel Fellowship (started by Paypal founder Peter Thiel). His story is one of trial and error, travelling across India at the age of 17 to stay in more than 100 bed and breakfasts, guest houses, and hotels. He realised there was a lack of affordable and good-quality hotels in the unbranded budget hotel category.

The global platform empowers entrepreneurs and small businesses with hotels and homes by providing full-stack technology,  increasing earnings and easing operations, while bringing affordable and trusted accommodation that guests can book instantly. Now we are walking in the land of the decacorns (with a valuation of $10bn+), Edtech giant BYJU'S develops a school learning app offering highly adaptive, engaging, and effective learning programs for students in LKG, UKG, classes 1 -12 (K-12), and competitive exams like JEE, NEET, and IAS.

The app has 100 million registered students and 6.5 million annual paid subscriptions, with an incredible average time of 71 minutes spent by a student on the app every day from over 1700 cities.

Another decacorn, who proclaim to be 'India's most loved payment app', ecommerce behemoth Paytm is a payment gateway providing payment services to merchants to allow consumers to make seamless mobile payments from cards, bank accounts, and digital credit among others.

The company prides itself on its open culture, where everyone is a hands-on contributor and feels comfortable sharing ideas and opinions.

Users can recharge and pay bills, book flights and movie tickets, open a savings account, invest in stocks and mutual funds, and much more - with the opportunity to access 21 million stores. Flipkart are the ultimate start-up success story of India. Acquired by global retail giant Walmart in 2018 for the princely sum of $16bn (£11.8bn) for a majority stake, this marked the world's largest ever e-commerce acquisition.

With high-profile investors including Microsoft, Tencent and Softbank, Flipkart offers over 30 million products across more than 70 categories.

With 33,000 staff, 75 million registered users clocking over 10 million daily visits, Flipkart are going from strength to strength, especially with US backers with deep pockets.