What hardware manufacturers could learn from BlackBerry 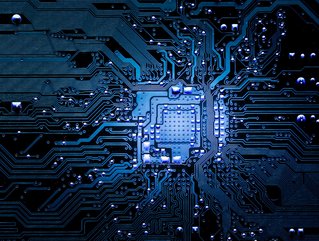 It wasn’t very long ago that BlackBerry’s former owner was being hauled over hot coals for the company’s lackluster approach to all things soft...

It wasn’t very long ago that BlackBerry’s former owner was being hauled over hot coals for the company’s lackluster approach to all things software. After spending a decade focusing primarily on its hardware device, its products were outdated in comparison to the likes of the very software-driven Apple iPhone and other Android-based devices. It lost its dominant position in the market, and needed to thoroughly overhaul its strategy to align with new market demands to regain its leadership position.

But change is afoot for the troubled BlackBerry, which has reinvented itself and in recent weeks the BlackBerry smartphone CEO announced the business planned to expand its software licensing arm. He announced that BlackBerry software would consequently be put into wearables, appliances and medical devices.

As software on intelligent devices gathers pace, those not seeing the potential that the Internet of Things (IoT) offers are likely to fall behind. BlackBerry is a prime example of this, but its success in diversifying signals the success change can bring. Reacting the way BlackBerry has, bringing in about change and looking to software to increase product value, companies like BlackBerry can offer good insights to hardware manufacturers still trying to gain profit from their hardware.

Hardware businesses need to think fast and devise a strategy in a world that is only going to continue to be more software-centric. Done right, software solutions increase product agility, enabling manufacturers to adapt their devices and capabilities to customer needs and deliver new functionality during the device lifecycle. Companies that increase product value this way, can reap the rewards from a software-based strategy by driving recurring revenue, growing their business and driving success with software, connected devices and the IoT.