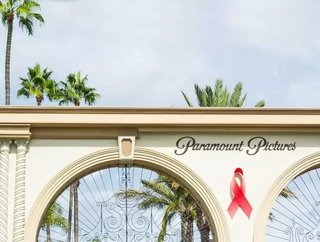 Viacom has signed a “major content deal” with T-Mobile which will bring its brands – like MTV Nickelodeon, Comedy Central and Paramount –to the...

Viacom has signed a “major content deal” with T-Mobile which will bring its brands – like MTV Nickelodeon, Comedy Central and Paramount – to the telecom's new mobile video service planned to launch later this year.

“Viacom represents the best of the best, most-popular brands on cable, so they are an amazing partner for us,” said John Legere, CEO of T-Mobile.

“TV programming has never been better, but consumers are fed up with rising costs, hidden fees, lousy customer service, non-stop BS. And Macgyvering together a bunch of subscriptions, apps and dongles isn’t much better. That’s why T-Mobile is on a mission to give consumers a better way to watch what they want, when they want.”

Under the deal, the wireless carrier’s 80 million customers will be able to access live linear feeds of Viacom channels as well as on-demand content.

“We are thrilled to join forces with T-Mobile on a new entertainment service that represents an important evolution in how audiences consume our content,” said Bob Bakish, Viacom President and CEO.

“Today’s landmark announcement marks a major step forward in our strategy to accelerate the presence of our brands on mobile and other next-generation platforms, and we’re so excited to partner with T-Mobile to provide millions of subscribers with access to our networks and more choice in a new service that will be unlike any other in the market.”

The partnership comes after T-Mobile acquired Layer3 TV last year. Since then, the telecom says it has been “at work readying its first wave of home and mobile TV offerings.”

In recent months, T-mobile says it plans to launch an in-home TV solution which is “designed to replace cable for the 5G era”.