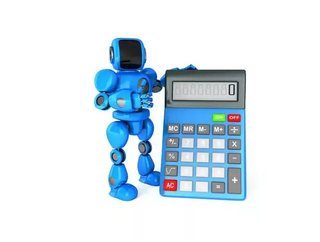 “I’m a maverick lunatic so I’m probably the wrong person to ask if there’s going to be too much AI,” laughs Shamus Rae, Partner and Head of In...

“I’m a maverick lunatic so I’m probably the wrong person to ask if there’s going to be too much AI,” laughs Shamus Rae, Partner and Head of Innovation and Investments at KPMG.

His stout belief and faith in artificial intelligence is unwavering, perhaps not surprising given he cycles 120 kilometres a week and owns a Tesla. Robotics, automation and humans are living side-by-side, and Rae’s job is to maximise these relationships through digitisation at KPMG, both internally and externally for clients.

A shake-up in the traditional formation of the workforce writ large is coming. A World Economic Forum report predicts that five million jobs will disappear in 15 countries by the end of 2020, the Fourth Industrial Revolution driving a demand for creativity at the expense of office admin. Put bluntly, “people need to embrace working with robots rather than people,” KPMG’s UK Head of Culture Jayne Vaughan said late last year.

KPMG has been studying the consequence of new technologies on the finance function of business in particular.

And what better place to start than with KPMG itself. Rae describes how AI is impacting the organisation’s work in transactional accounting: “If we do an audit on a bank, today what we would do is have a lot of staff working through their loan book doing some sampling and assessment. We only ever do sampling because you simply can’t go through a global bank’s loan book manually – it is too time and labour intensive.

“We’ve built an AI engine that can go through an entire loan book, not only bringing cost benefits but also quality in terms of making our audits much more thorough. We can look at the paperwork which came with the loan and do other things automatically, like revalue assets loans are borrowed against.”

Exceptions, triggered by mismatching data or anomalies spotted by AI, can be sent out to human colleagues, naturally leading to a demand for higher-skilled employees who only deal with complex scenarios.

But can we trust the robot to get it right every time? For Rae this is the wrong question to ask, not least because 100 percent accuracy 100 percent of time is an unrealistic expectation, even for a maverick lunatic. “If you start analysing the quality of work humans do then it is obvious that they are not 100 percent either,” he adds. “We want AI to be superhuman, and if somebody asks ‘how do you know it will be more accurate’, we need to have the data to back it up.”

Graduate uptake at the big four UK accountancy firms will be reduced as a direct result of technology transforming the ways companies are audited. EY has already said that its intake could drop by as much as 50 percent by 2020.

Rae explains: “We and many companies across many sectors have hundreds of finance graduates coming in and doing the really task-orientated work to develop their capabilities. In the next three to five years this will be automated away. This means we have to find another way of taking in and bringing up graduates to make sure they are capable to do the higher-skilled work.

Though the likes of KPMG will continue to be vital feeders of financial talent to businesses in all industries, Rae believes that a significant proportion of any graduate intake deficit will be offset by unlocking the power of SMEs. Building stronger connections between government, universities and businesses will no doubt be vital in making this a reality.

KPMG’s own recruitment requirements will comprise two different types of people. “One is the accountants who have the right skills to deal with the exceptions and higher skilled worked,” says Rae. “But we also need people now who look after the data lakes – is new tax regulation relevant to our tax lake or not? This is the sort of questions they will be facing. Maybe it is a bit quick to call them data scientists, but we certainly need ‘knowledge managers’.”

But what about other companies? KPMG works with a huge number of businesses, many of which are on the FTSE 100, and Rae says that most of these organisations are running AI pilot schemes. However, few are what he describes as “running with it in anger”. Rather, businesses are using it in narrow places to build confidence, but it is only a matter of time before full commitment becomes a matter of necessity. In this respect, KPMG is one step ahead, spending $100 million a year on internal application of AI technology.

A race against time?

The advancement of AI and its sophistication is not going to slow up, meaning the race to develop skills to sit alongside it is more pressing than ever. And for Rae, the likes of KPMG will be key protagonists in the unfolding story to come. “From our point of view, as an industry we hire graduates and train them up, but we are a feeder to all industries who need finance expertise. We therefore have a societal responsibility to find ways to train people so they don’t have to do the laborious work anymore.”

Rae also observes an eagerness among graduates to develop skills more creatively. Indeed, a study by Epson on European workers generally found that two thirds are willing to retrain for new roles defined by enhanced technology.

The UK’s digital skill base has been subject to regular negative headlines, but Rae champions the case for optimism and proactivity. “I have had many conversations with government and industries and there is a realisation of the need to be proactive about the management of this.

“If we have a more positive attitude and ask how we can adjust the education system to be more creative while encouraging technical skills, and imagine utopia not dystopia, then we will get there.”

Stopping short of asking Rae to describe his AI utopia, we fast-forward five years to a vision of 2022.

“My prediction is that most of the offshore non-IT centres will be gone,” Rae says. “As a consequence we will see most call centres disappearing as well – the work done on creation of voice, designed to displace annoying computer voices, is very impressive. Eventually you will ring up your mobile phone company or bank and you will be speaking to an agent, and you won’t be able to tell that it isn’t human.”

This naturally leads back to the question of can there be too much AI. Despite warning of his maverick bias, Rae did indeed answer.

“There is danger of AI being overhyped and going too far into it now when things may not be where they need to be. However, I’m sitting here thinking that in 10 years’ time if I have brain surgery, I would rather have a robot who’s got access to hundreds of thousands of brain operations from around the world than a human.”