Artificial intelligence to be as big as the internet, says NVIDIA 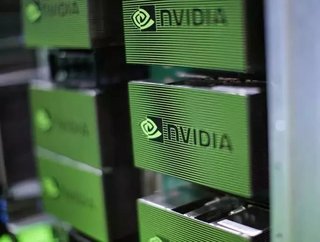 Artificial Intelligence will change the world, just like the internet did back in the late 90s. That’s what Richard Jackson, VP, EMEA Partner Organis...

Artificial Intelligence will change the world, just like the internet did back in the late 90s.

Artificial Intelligence (AI) has been a mainstay in popular culture for over 50 years, resigned to a science fiction gimmick, but AI is very much right here right now in modern business practice and everyday life.

Jackson in fact predicts it will become more than just an industry and become a part of every industry.

The one thing that’s standing in the way of this impending explosion of AI is risk.

“There are people and organisations waiting to see others adopt AI first before entering,” says Jackson.

“It reminds me of when the internet came out, people saw it and tried to figure out how they could use it in their environment, now it’s impossible to imagine a market without it. AI will have that exact impact.

NVIDIA partners with Alibaba and Huawei for AI smart city

“It’s just a period of people figuring out how to use it and integrate it into their business. It will change the way people work.”

NVIDIA has strategically positioned itself to tap into this huge market growth and significantly informed business decision makers on how to evaluate, implement and monetise AI.

As a major player in 3D graphics and gaming and professional design, the advent of the graphics processing unit (GPU) has transformed the company into a processing powerhouse, a key cog in the future of AI.

Read our exclusive interview with Jackson of NVIDIA, as he speaks to the company’s role in shaping and defining the future of AI and the processing power required to drive this growth.