Could VR and 360 video change the way we watch TV? 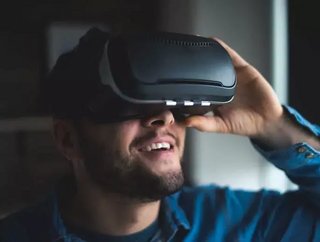 Earlier in the year, the BBC announced plans to produce its first ever virtual reality documentary series. The two-part series, which follows BBC Africa...

Earlier in the year, the BBC announced plans to produce its first ever virtual reality documentary series. The two-part series, which follows BBC Africa Correspondent Alastair Leithead on assignment across the Nile, will also be available in 360 video formats for audiences with access to a smartphone. This, it seems, is only the beginning for VR and 360 videos.

There are expected to be 171 million active VR users by the end of 2018, Statista reports. In 2017, virtual reality became a technology that was not just accessible for serious techies and gaming professionals but, believe it or not, the British public too. In fact, the significant drop in the price of VR headsets late last year meant that tech companies were even marketing VR equipment to the average Joe.

The VR market is expected to see huge growth this year, according to the most recent report from International Data Corporation (IDC), which forecasts revenue of $17.8 billion by the year’s end (compared with a market value of $9.1 billion in 2017), as well as an estimated 95% increase in spending on VR technology.

Virtual reality has, however, presented its fair share of challenges for video publishers.

While for users it simply means the addition of a button to their streaming service, the procedure is far more complex for those behind the scenes. Take the user interface. The 2D environment that viewers are accustomed to very often doesn’t translate to a 3D environment, which means uprooting existing programming procedures entirely. Similarly, excessive movement must be minimised for those navigating the UI to keep users from getting motion or VR “sickness”. Moving to VR also will mean image files will become 300 times larger, which is a huge problem for publishers.

The video sector also will face several challenges as a result of VR. Typically, users watch content on a screen placed between 30cm and one-metre away from them. With a VR headset, however, the user is less than 5cm from their screen, exacerbating pre-existing pixilation and image resolution issues. The level of high-definition required, in fact, equates to 4K, which is almost impossibly high. Virtual reality, as its name suggests, aims to offer a realistic rending of a virtual world, but any issues in the pixilation of the image will compromise the quality of the rendering and result in nausea and sickness.

Then there is the issue of video size. The 360 videos require images (as you would suppose) on a 360-degree surface, which requires much more video content, in a much higher resolution. To do this in a way that gives a truly immersive experience, which allows the user to turn their head left/right and see the subsequent footage, 20 to 30 screens must be seamlessly stitched together end-to-end. This makes producing a 360 video very expensive. Some producers have planned to partially store content on the user’s mobile phone to reduce the overall storage space required.

VR and 360 ​​videos, by design, exist to transmit a fluid and responsive universe by delivering quality video. As VR becomes increasingly capable of creating a world that is as fluid, aesthetic, and responsive as our reality, the opportunities for content creators will be huge. The likes of Sony, Warner, and Comcast, already have invested several million dollars in the NextVR startup – a virtual reality platform specializing in broadcasting live video events (concerts, sporting events, and the like) – with other broadcasting companies poised to follow suit. Large-scale organisations will look to invest in the creation of new models of video streaming, which can cope with the worldwide spread of virtual reality.

The development of these new video formats is pushing the sector to evolve quickly; the entire industry can expect to see an upheaval for the better in the form of VR and 360 video.