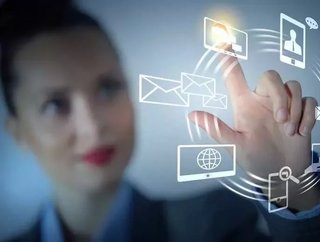 A report commissioned by Japanese technological firm Epson has revealed that European countries are overwhelmingly positive about the implementation of...

A report commissioned by Japanese technological firm Epson has revealed that European countries are overwhelmingly positive about the implementation of technology and how it will shape industries.

71% of the 7,000 company leaders and employees quizzed expressed positivity towards the effects of technology in the workplace, whilst 65% say that they would be happy to retrain if they felt that their role was under threat.

However, a small number (6%) feel that their roles would not exist in ten to twenty years time due to a technological takeover and that they would 'deliberately disrupt' the introduction of new technologies if they were under the impression that they would become redundant because of it.

This figure jumps up to 17% in senior management responses, whilst the major flaw is that only 47% of respondents say that their company is good at repurposing potentially redundant employees.

The study also reveals that whilst it is largely regarded as a positive step forwards, only 14% of respondents feel that their company is excellent at monitoring advances in technology and finding opportunities for implementing new ideas and equipment.

Employees feel that there will be a shift and reshuffle of how people work in the future, with 74% saying that the idea of an individual being "attached" to one company will weaken and there will be more flexibility in how they carry out their roles. This also links into a change in responsibilities - automation will free up employees to focus on being more creative and innovative, according to 65% of those who replied.

These revelations highlight a chasm between the technological world and businesses - whilst the vast majority like the idea of more technology, there is trepidation about actually putting into practice the changes that could benefit both the employer and employees. The fear of being regarded as unnecessary is just one reason why progress has stalled, with retraining programmes for employees lacking both in quality and quantity as the world shifts towards a more computerised workforce the main reason according to this report.

"It is understandable that people today are concerned by advances in technology, but we also face great opportunity if technology is managed well," Mr. Usui said on the report.

"Our future is going to be different and we have to work with governments, organisations and society-at-large to ensure that we are all equipped with the skills to take on new roles and challenges."

He also emphasises that automation has to be implemented for prolificacy, not because it is becoming a popular trend. "As a company, Epson is dedicated to facilitating a positive technological shift by developing solutions that will make workforces more efficient and more productive."