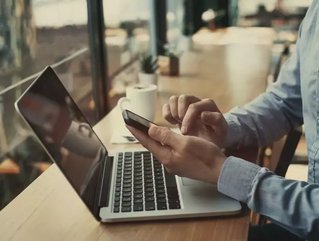 San Francisco, California-based Evinced offers a digital platform that allows companies to analyse their assets based on accessibility.

Considerations of accessibility are becoming increasingly important and prevalent in the technology industry. One only needs to look at Microsoft’s Xbox Adaptive Controller, a modular system that allows those of varying levels of ability access to video games. On the software side, game developers are also building in options that extend access to as many people as possible.

Achieving a high level of accessibility can be labour intensive, however, as companies try to comply with laws and other regulations on accessibility while at the same time developing software at a much faster pace.

Which is where Evinced comes in. The company offers technology that automatically detects potential web accessibility pitfalls during the development cycle, and suggests changes. The technology relies on computer vision and AI algorithms, with customers including financial giant Capital One.

“The root cause of accessibility problems is the fact that large parts of the web are not machine readable; instead, they were designed for visual consumption. Evinced has developed technology that visually analyzes websites and applications, builds a structural semantic model, and then compares it to the actual code to detect potential accessibility issues. This fundamentally new technology approach enables us to significantly outperform legacy approaches,” said founder and CEO Navin Thadani.

Since being founded in 2018, the company has raised almost $20mn. Its latest Series A round, announced yesterday, saw the company receive $17mn from lead investors M12, Capital One Growth Ventures and Benhamou Global Ventures, alongside Engineering Capital.

The company said it would use the funding to deploy products including a site scanner and Debugger.

“With over one billion people globally living with a disability, corporations need to ensure the accessibility of digital properties so that all customers can access their products and services,” said Global Head of M12 Nagraj Kashyap. “Building accessible code is the right thing to do, and it’s also good for business. Evinced has a unique technology approach that will enable enterprise developers to weave accessibility into their software development process, and ultimately, engage more customers.”