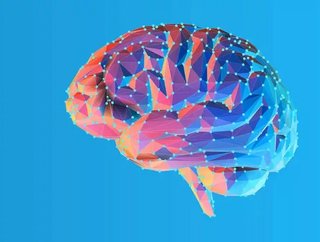 Enterprise AI company IPsoft has unveiled a new avatar for its ‘Digital Employee’ known as Amelia. Utilising technologies such as natural language...

Enterprise AI company IPsoft has unveiled a new avatar for its ‘Digital Employee’ known as Amelia.

Utilising technologies such as natural language processing and sentiment analysis, Amelia is said to facilitate collaboration between humans and machines thanks to the ease of interaction it allows. The introduction of a realistic human avatar is intended to improve its capabilities in intended uses such as service desk requests and answering customer enquiries.

The news comes alongside a broader push for more human-like AI interactions as the technology increasingly replaces human operatives. According to Gartner, by 2020, 85% of customer interactions will be handled without the involvement of a human agent, leaving a gap into which a number of companies are stepping.

Soul Machines, a New Zealand startup, for instance, offers what it refers to as “autonomously animated” digital characters for use in industries from customer care to healthcare. The firm recently received $40mn of support in a Series B funding round, highlighting the serious intentions in the field. Samsung subsidiary STAR Labs, meanwhile, recently debuted its Neon line of ‘artificial humans’.

Chetan Dube, founder and CEO of IPsoft, said in a press release: “We have spent the last 20 years developing the most human-like digital being. Understanding the important role that visual cues play in human interaction, we are delighted to launch Amelia’s new avatar that will enable companies to digitally connect with their customers like never before. Amelia’s new look also far better reflects her superior cognitive abilities as the most advanced digital employee on the market.”

“By 2025, I believe that you could pass a colleague in the hall at work and not know if it’s a man or machine. Amelia’s new lifelike avatar takes us one step nearer to closing that gap between physical and digital colleagues to create a truly hybrid workforce.”