Ping An, Alibaba among first regulated blockchain firms in China 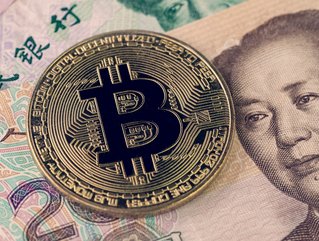 While China is a leading country with regards to innovation in the blockchain space, the government has decided to regulate any firms utilising the technology. Indeed, in September 2017 the country decided to ban Bitcoin and other major cryptocurrencies, and retains a close eye on the digital token and blockchain technology space.

Among the 197 businesses on the list were Alibaba, Baidu and JD.com, all of whom are working with blockchain to improve their offerings. Financial institutions Ping An Insurance Company and China Zhenshang Bank also made the list.

The ‘cyberspace administration’ has outlined that all services using blockchain will need to file a registration as soon as possible so that they can be approved and added to the list.

It was announced in November 2017 that, despite having banned Bitcoin, the country would develop its own official cryptocurrency: a digital legal tender. Yao Qian from the People’s Bank of China stated at the time that this would help China become a “jewel in the crown of fintech”.

Despite initial discomfort and the enthusiasm to regulate, China is still making strides in the blockchain space, and is known as the country with the most blockchain projects currently underway.

Speaking exclusively to Business Chief last year, Co-Founder of TMT Blockchain Fund Julian Zegelman commented: “While China did ban cryptocurrencies, close down exchanges, and force companies who raised collective billions in ICOs to give it back to investors, the underlying technology of blockchain remained. Simply put, the Chinese government did what governments tend to do: move at a slower pace.”

He added: “The Chinese government is adapting quickly and quietly to this new disruptive technology, knowing that it can revolutionise trade and finance. While patience is key, the world of Bitcoin is watching closely, knowing that China represents a massive population and one that is readying itself to invest in the next financial revolution.”