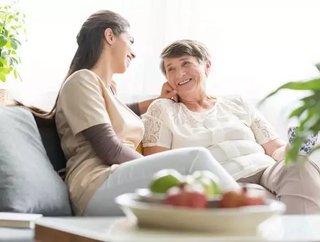 Chinese tech behemoth Tencent Holdings is reportedly teaming up with the UK’s Medopad to develop an AI-based diagnostic solution for Parkinson’s dis...

Chinese tech behemoth Tencent Holdings is reportedly teaming up with the UK’s Medopad to develop an AI-based diagnostic solution for Parkinson’s disease, as well a remote monitoring platform for patients with the condition

Medopad, a healthcare technology company founded in 2011, has previously been backed by German pharmaceuticals company Bayer.

The diagnostic tool, according to BBC News, utilises a camera to capture a patient’s hand movements and assess the severity of their symptoms.

“We use the AI to measure the deterioration of Parkinson’s disease patients without the patient wearing any sensors or devices,” said Dr Wei Fan, head of Tencent’s medical AI lab.

BBC News added that the AI-driven tool has been designed to speed up the diagnostic process to just 3 minutes. The process currently takes over half an hour.

“The AI software Medopad is developing will eventually be taught to automatically score these tests,” South China Morning Post said.

“For the moment, though, the technology is primarily used to translate the video images from a patient’s smartphone into a graph that doctors can then use to evaluate the patient’s performance.”

SCMP added that the two firms are working to produce a remote monitoring system for patients with the disease, essentially a version of the diagnostic AI software that can be used at home.

It said that Medopad has already developed apps that can monitor patients with diabetes, cancer, heart disease, and more.