What role will AI play for enterprise in 2020? 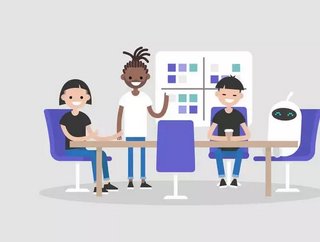 As AI becomes increasingly ever-present in the commercial sphere in the form of digital assistants, it’s worth considering to what extent enterprise i...

As AI becomes increasingly ever-present in the commercial sphere in the form of digital assistants, it’s worth considering to what extent enterprise is keeping up.

The enthusiasm for the implementation of artificial intelligence in a workplace setting may abate in the year ahead according to a report from professional services firm PwC. The third annual report in a series on AI predictions, one of its key findings is that only 4% of over 1,000 surveyed executives have plans to deploy AI across the enterprise, compared to 20% in the year before. That’s due in part, PwC says, to a revising of expectations to focus on fundamental tasks rather than total overhauls.

The US Government is another highly interested party. As reported by Vox, governmental organisations are beginning to set out their stalls for the implementation and regulation of what has previously been something of an AI wild west (West World, anyone?). A White House memo details the balance between regulation and innovation the US is hoping to strike, and also features some juicy tidbits about the potential risks of the technology, reading: “When humans delegate decision-making and other functions to AI applications, there is a risk that AI’s pursuit of its defined goals may diverge from the underlying or original human intent and cause unintended consequences—including those that negatively impact privacy, civil rights, civil liberties, confidentiality, security, and safety.”

On a happier note, AI has also been making less controversial waves at the ongoing Consumer Electronics Show (CES) 2020 in Las Vegas. Potentially monetizable uses of the technology include advertising, as tech firm Mirriad has been demonstrating with the smart insertion of content into online videos through machine learning. The technology identifies blank spaces in the scene, adding advertising after the fact while making it appear to be part of the original video.