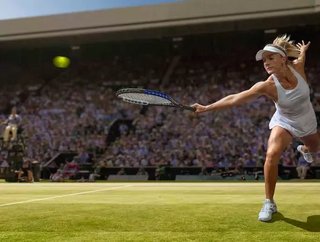 Thanks to its long-lasting partnership with IBM, the Wimbledon2019 championship is set to be one of the most technologically advanced yet. For the 30th...

Thanks to its long-lasting partnership with IBM, the Wimbledon 2019 championship is set to be one of the most technologically advanced yet.

For the 30th year in a row, IBM has partnered with the All-England Lawn Tennis Club, the body behind the world’s oldest tennis tournament.

Set to start on 1 July, the event promises to be a technologically advanced affair.

This is an impressive feat given that Wimbledon has over 18 courts and up to four matches on each per day.

Watson can even listen for the ball striking the racket to ensure highlights are clipped as precisely as possible.

IBM says that Wimbledon can now create highlights packages “within two minutes of a match finishing.”

"For 30 years we have been working with Wimbledon to introduce new technologies that enhance fan experience,” says Sam Seddon, IBM Wimbledon Client Executive.

“It seems fitting that to mark the 30th year of our partnership, one of the new innovations for The Championships, Wimbledon 2019 will be eliminating bias in the creation of the video highlights package."

IBM and Wimbledon have also developed a progressive web which allowing Wimbledon audiences in territories with lower bandwidth and less development mobile hardware to watch the matches.

"For 30 years, IBM's technology innovations have been at the heart of our efforts to continuing our journey towards a great digital experience that ensures we connect with our fans globally wherever they may be watching and from whatever device that may be,” explained Alexandra Willis, Head of Communications, Content and Digital, AELTC.

“Our partnership with IBM is critical to us in helping us to disrupt the traditional perceptions of Wimbledon through innovative, world-class uses of technology, in particular, enabling us to place content with fans where they want to consume it and acknowledge the ever-increasing focus on video and new content formats."