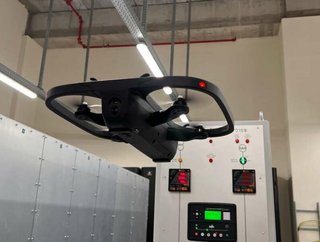 Indoor Robotics’s Tando offering is a fully autonomous indoor drone fleet that independently performs safety and security inspection missions inside buildings. MedOne plans to assimilate the technology into the rest of its facilities across the country.

MedOne's server farms are located in highly secure underground complexes and serve as a major communication hub for the State of Israel to the world, as a large portion of the State's communication traffic passes through MedOne's facilities.

“The management of the safety and security systems in data centres is critical to ensure the quality and protection of highly sensitive information,” says Ofir Bar Levav, Chief Business Officer at Indoor Robotics. “Tando will enable complete and ongoing monitoring of the facilities at all times.

The Tando system continuously conducts inspections during the night and on weekends. It scans the facility to detect any changes, malfunctions, or leaks and monitors temperature to ensure the integrity and ongoing operation of the site. The system operates autonomously, according to tasks defined by MedOne.

Drones patrol the premises at set times, collect information and report to the safety and security manager if any unusual activity is detected. The system can also be activated proactively in response to alerts from other systems, such as smoke sensors, access controls or motion sensors.