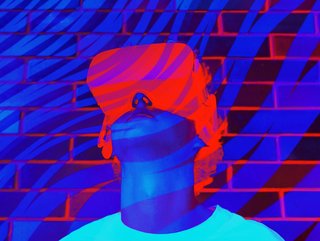 Set to be worth US$5tn by the end of the decade, could 2023 be the year the metaverse truly kicks into gear? We look at 10 of the top platforms to find out

The concept of the metaverse has been around for decades, but recent advances in technology such as virtual reality, blockchain, and 5G networks have made it more accessible than ever before.

One of the key drivers of the metaverse's popularity is the increasing availability of VR and AR technology. These technologies allow users to experience immersive and realistic virtual worlds, which has led to the development of a wide range of metaverse platforms such as Decentraland, The Sandbox, and Cryptovoxels, that are becoming increasingly popular among users.

The emerging metaverse could also have a range of applications for enterprises, with no better example of tech companies' interest in the metaverse coming from Facebook's rebrand to Meta heading into 2022.

But while the metaverse has massive potential - research by McKinsey suggests it could be worth as much as US$5tn by 2030 - adoption has been slower than some people expected.

Could 2023, then, be the true year of the metaverse? We look at 10 of the top metaverse platforms to keep an eye on...

Cryptovoxels is a virtual world platform that allows users to buy, sell, and own virtual land using cryptocurrency. It is built on the Ethereum blockchain and has a growing community of creators and developers. The virtual world is made up of a grid of parcels, each one of which can be purchased and owned by an individual or organisation. Users can then use these parcels to build and create their own virtual experiences, such as games, art installations, and social spaces.

Through Unity Technologies’ platform, developers can also use the Unity Engine to develop metaverse experiences.

In November 2021, Unity acquired the digital VFX company Weta Digital in a deal exceeding $1.6bn. Through this acquisition, and Weta’s focus on VFX tools, Unity is hoping to accelerate its development of real-time 3D technologies, and their deployment in the metaverse.

The Sandbox is a metaverse platform that allows users to create and monetise their own virtual worlds and experiences using NFTs on the Ethereum blockchain.

Users can buy, sell, and trade virtual real estate and assets in a secure and transparent way, without the need for a central authority.

The Sandbox also offers a creative suite of tools to make it easy for users to create and customise their own virtual worlds, experiences, and games. It also has a strong community of creators and developers who are building and experimenting with new ways to use the platform, and a strong partnership with major players in the gaming and entertainment industry such as Atari, Binance, and Square Enix.

Roblox is a global online gaming platform, which also pioneers the development of metaverse gaming experiences.

Through Roblox, users can create and share their own games and experiences, program games themselves, and play games that have been developed by other users.

The platform was created by Roblox Corporation in 2006 and is available on a variety of platforms, including PC, mobile, and gaming consoles. It has a large and active user base, with over 150 million monthly active users, and has become a major player in the gaming industry.

Decentraland is a virtual reality platform that utilises blockchain technology to create a decentralised and immersive online world. The platform allows users to create and monetize their own content, as well as buy and sell virtual real estate and assets as NFTs via the MANA cryptocurrency.

Opened to the public in February 2020, Decentraland uses the Ethereum blockchain, which allows for secure and transparent transactions within the virtual world. This means that users can be sure that their virtual assets and land are truly theirs, and can be bought and sold without the need for a central authority.

Aiming to enable real-time, 3D communication between people in different locations, Google Starline uses a combination of computer vision, machine learning, and spatial audio to create a shared, immersive experience that makes it feel like people are in the same room together.

The technology is based on a combination of cameras, microphones, and displays, and is designed to be used in a specialised booth that is equipped with these components. Google Starline is still in the research and development stage, and is not yet available for commercial use. The company has not announced a release date, or any further details about the technology's availability or pricing.

Epic Games is a video game developer and publisher that is known for creating popular titles such as Fortnite and Unreal Engine. The company has recently announced plans to enter the metaverse space and to develop a social and gaming platform that will connect players across different games and virtual worlds.

Epic Games plans to leverage its expertise in game development, its large player base, and its successful business model, to create a metaverse platform that will allow users to interact, socialise, and play games in a shared virtual space. The company is also developing new technology, such as the MetaHuman Creator, a tool that allows users to create highly realistic and customizable human avatars, to enhance the metaverse experience.

NVIDIA Omniverse is a virtual reality and simulation platform developed by NVIDIA, a leading technology company in the field of computer graphics and AI. Omniverse is designed to bring together various industries such as film, gaming, product design, and architecture, by providing a collaborative and immersive environment for users to create and simulate their projects. The platform utilises the power of NVIDIA's hardware and software technologies, such as ray tracing and AI, to provide a realistic and high-quality visual experience.

NVIDIA Omniverse also offers a wide range of tools and features to make it easy for users to create and customise their own virtual worlds and experiences. It also has a growing community of developers and creators who are building and experimenting with new ways to use the platform.

Microsoft Mesh is a platform developed by Microsoft that enables users to connect and collaborate in mixed reality across devices and locations. The platform allows users to create and experience shared virtual and augmented reality environments, enabling them to interact with each other and with digital content in a more natural and intuitive way.

One of the key features of Microsoft Mesh is its ability to connect multiple devices and platforms, such as virtual and augmented reality headsets, smartphones, and PCs, allowing users to collaborate and share their experiences across different devices and locations. This allows users to work on a project together, regardless of their location, and can also help to reduce development time and costs.

One of the global leaders in metaverse investments, Meta is renowned across the world for being one of the biggest advocates of the metaverse’s role in future industries and social applications.

Its Horizon Worlds virtual platform aims to create a decentralized and immersive online experience for users. The platform utilises blockchain technology to create a secure and transparent virtual world where users can own, buy and sell virtual assets and real estate, and interact with others in a shared virtual space. It is built on the Ethereum blockchain and has a growing community of creators and developers.

The platform also has a growing community of developers and creators, who are building and experimenting with new ways to use the platform. Meta Horizon Worlds also has a strong focus on user-generated content and encourages users to create and share their own experiences.