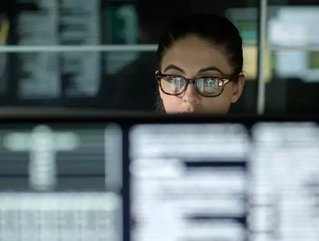 Report sees surge in malware and ransomware attacks in second quarter of the year across the globe...

During the second quarter of 2020, Kaspersky solutions blocked 899,744,810 attacks launched from online resources in 203 countries across the globe, while as many as 286,229,445 unique URLs triggered Web Anti-virus components, according to figures from Kaspersky Security Network.

Furthermore, attempted infections by malware designed to steal money via online access to bank accounts were logged onto the computers of 181,725 unique users, a report entitled IT Threat Evolution Q2 2020, said. This peaked in April 2020, when Kaspersky solutions blocked 89,501 attempts to launch one or more types of malware designed to steal money from bank accounts. May saw a decline to 53,171, while June saw a surge up to 65,075.

Turkmenistan topped a list of the top ten countries by share of attacked users, with 7.5 percent. Uzbekistan, and Tajikistan also had several attacks, the report added.

Meanwhile, ransomware attacks were defeated on the computers of 154,720 unique users, while five new ransomware families and 4,406 new modifications of these malware programs were detected in Q2 2020. April saw 51,921 ransomware attacks, while May and June saw 70,425 and 51,025 attacks, respectively.

This rating only includes attacks by malicious objects that fall under the Malware class; it does not include Web Anti-Virus triggers in response to potentially dangerous or unwanted programs, such as RiskTool or adware.

On average, 5.73% of Internet user computers worldwide experienced at least one Malware-class attack.

Algeria suffered the heaviest, with 11.2% of attacked users, followed closely by Mongolia at 11.03%. The UAE came in at 15 on the list with 7.8%, the highest of the GCC countries.

However, countries that faced the highest risk of local infection were Turkmenistan again, with 48.2%. Uzbekistan, Tajikistan, Ethiopia and Afghanistan make up the top five, the report adds.

“We analysed statistical data obtained from the OAS and ODS modules in Kaspersky products. It takes into account malicious programs that were found directly on users' computers or removable media connected to computers (flash drives, camera memory cards, phones, external hard drives), or which initially made their way onto the computer in non-open form (for example, programs included in complex installers, encrypted files),” says the report.