View Full Report
As part of NTT, RagingWire is one of the largest data center providers in the world, connecting customers to a global network of more than 140 data cent...

To say the world is facing an unprecedented explosion of information may be a cliché, but it’s true. Globally, the data center market is estimated to reach revenues of around US$174bn by 2023, largely driven by the massive growth in cloud computing and the migration of large enterprises from in-house data centers to colocation facilities. These are the fundamentals behind the strategy of RagingWire Data Centers.

RagingWire was one of the early start-ups that helped create the data center colocation industry back in the early 2000s. Since then, the company has steadily grown its presence across the US, with campuses in the top data center markets of Ashburn, Virginia, Dallas, Texas, Silicon Valley, Chicago, Illinois, and Northern California.

In Dallas, RagingWire owns a 42-acre data center campus which is home to a marquee 16 MW facility. Four more large data centers are planned for the campus, which would bring the campus total to 144 MW of critical IT load.

In Sacramento, California, about 90 miles east of San Francisco and outside the earthquake zone of the Bay Area, RagingWire built three data centers with a total of 52.7 MW of critical power, all running on 100% renewable energy.

Recently, RagingWire announced plans to build new data centers on coveted land in Silicon Valley (Santa Clara to be exact), and in Chicago. These new locations complete RagingWire’s portfolio in the most popular U.S. data center locations, but the company is also planning developments in other emerging markets as well.

Today RagingWire is focused on meeting the demands of large enterprises and cloud providers which increasingly outsource data center capacity to take advantage of greater economies of scale, efficiencies, speed to market, security, space and reliability than they would have if they housed their mission-critical computers at their own facilities.

In January 2014, NTT acquired an 80% equity stake in RagingWire. Four years later in January 2018, having doubled RagingWire’s capacity, NTT exercised its option to purchase the remaining shares. By joining the NTT family, RagingWire became the platform for NTT’s data center business throughout the Americas, and became part of one of the largest data center companies in the world with strong financial backing and more than 140 facilities in over 20 countries and regions.

RagingWire’s customers value the global reach enabled by NTT. According to RagingWire Senior Vice President and Chief Revenue Officer Joe Goldsmith, “Though Asia represents a huge market for the cloud and software-as-a-service (SaaS) providers, it's not one in which most of the US-based cloud service providers have deep infrastructure. Being able to support them in the European and Asian markets is really powerful for us.”

Everything hyperscale players need, and nothing they don’t

It makes less and less sense for hyperscale cloud providers like Google, Amazon, Alibaba or Microsoft to take the time and expense to build the capacity they require in a data center.

The hyperscale players are driving the market right now, says Kevin Dalton, Senior Vice President of Construction and Critical Facilities Engineering and Design (CFED) at RagingWire. “We’re meeting [the hyperscalers’] changing needs, which include bringing their operating expenses down through more efficient cooling, better management of energy and the like,” Dalton says. “The new data centers have to be super reliable of course, and scalable, but the one big consideration for hyperscalers is speed to market. Demand is so intense right now that these customers can no longer meet it from their own resources, which is why they are reaching out to organizations like RagingWire.”

We are in the early stages of a tech boom driven by huge opportunities with the Internet of Things (IoT), artificial intelligence (AI) and big data, and nobody doubts that soon self-driving vehicles and smart cities will create new demands for data centers and the servers, storage, and networking devices that live there. Combine these new and emerging demands with continued growth in enterprise computing and the future looks bright for RagingWire.

As Goldsmith puts it: “The hyperscale players' core strength lies in building and developing software, infrastructure and cloud services. There are many markets where they simply don't have the ability to catch up with the demand. That’s where they can turn to a third party like us that can help them achieve their business objectives by fulfilling their data capacity requirement.”

Goldsmith mentioned that enterprises like insurance companies, banks or large manufacturers may still have some on-site processing or a data center, but most are executing a hybrid strategy that includes legacy applications, proprietary systems, private cloud, and public cloud.

“Hybrid IT is the new world order and I don't think you will find any CIO in America who has not contemplated or executed a cloud component to their overall strategy,” Goldsmith said.

Kevin Dalton’s job is to locate, design and construct new data center space. To do this, he and Joe Goldsmith work closely with customers to understand their business plans and capacity requirements. “This is an iterative process for us in collaboration with our customers,” says Dalton. “Clearly, without access to reliable, cost-effective power and fiber connectivity you can’t have a data center. Cost of land and labor are other challenges.”

But these are secondary to being in the right location at the right time. RagingWire is constructing, for example, a new four-story data center, SV1, in Santa Clara, California, in the heart of Silicon Valley. The 160,000 sq. ft. facility is going up on a 3.3 acre site, with 64,000 sq. feet of data floor space and 16 MW of scalable, critical IT power and will be operational in 2020.

New data center space in Santa Clara is rare. The vacancy rate among at least 30 data centers in the area is under 8%. There will be no lack of takers for RagingWire’s new facility. To be prepared for the ground-shaking that is characteristic of the Bay Area, RagingWire’s SV1 Data Center will feature a seismic-stability system used by NTT in its data center in Japan, a location prone to earthquakes. A subterranean pendulum isolation system protects the building from the ground moving below it. Using the same system, NTT’s Tokyo facilities were unharmed by the catastrophic 9.1 magnitude earthquake and tsunami that devastated eastern Japan in 2011.

This is a great illustration of one of the advantages that RagingWire gains from its parent group, however Dalton returns to the agility RagingWire offers as the main differentiator across the USA. “We have been innovating in the area of modular design and supply chain, to both shorten construction lead times and to lower costs,” Dalton says. “There are huge advantages in having standard designs where we can pretty much drop in electrical and mechanical modules at any location around the country. Time to market is vital to the cloud providers.”

With this approach, the equipment for an electrical room can be reduced to a couple of elements that fit on a flatbed truck for delivery to a core and shell at any location in the country. Another advantage of partnering with vendors, he adds, is that they are willing to hold an inventory of fully functioning and tested modules – the old way of build to order takes too long to meet hyperscale cycle times.

Close management of the supply chain, allied to sophisticated forecasting, means that much of the construction can be done ahead of time. Customers need to know exactly when their facility will be up and running. Once the core and shell of the building are in place, installing the infrastructure should take no more than a few months. Purchasing agreements with global equipment manufacturers lead to volume discounts that can be passed on to customers. “We do as much work in advance as possible to procure the equipment and ship it to the integrator so they can put it together for us, test it and hold it as inventory ready to ship,” Dalton explains.

It’s all about consistency in design, so that customers can deploy systems and RagingWire and their NTT colleagues can manage data centers worldwide. Design drives operational synergy. The modular approach allows RagingWire to replicate facilities in different markets while tailoring the data centers to take advantage of the unique characteristics of the geography.

In a market that is expanding at the rate of the cloud, total cost of ownership (TCO) is a major consideration for providers when building a business case. RagingWire is addressing TCO at every level. Power represents the biggest operational cost, and mechanical systems such as cooling are the largest consumers of power. In the data center industry, the ratio between mechanical systems and computing equipment is assessed using the power usage effectiveness (PUE) metric. “Efficient cooling systems lead to efficient data centers that reduce your operating expense and ultimately lower the total cost of ownership for the customer,” explains Goldsmith.

Over the years, data center designs have become highly efficient. The quest now is to find affordable and reliable renewable energy sources. RagingWire has taken a proactive approach to renewable energy at its three data centers in Sacramento, Calif., which together offer 680,000 sq. ft. with 52.7 MW of critical IT power. In Sacramento, RagingWire now offers 100% renewable power that is 100% available and backed by a 100% uptime service level agreement (SLA) to customers.

Sustainability is a major priority for customers, emphasizes Kevin Dalton. “Most of our customers have green policies so being able to offer them renewable energy helps them maintain those green credentials. In Sacramento, we work with our utility partner, the Sacramento Municipal Utility District (SMUD), to ensure that our energy utilization is a combination of wind and hydro, solar and biomass. We are also working with energy providers in all of our locations to develop renewable energy options for our customers. Recycled concrete and repurposed steel are other ways he cites to reduce the amount of material sent to landfills.

Earning a reputation as a trusted, stable provider

For Joe Goldsmith, a big benefit of being under the NTT umbrella is that the parent represents a single, stable, and substantial source of capital. “Unlike a lot of the data center providers in the market today, especially the private-equity backed companies, we have a single source of capital,” Goldsmith says. “We don't have to go from bank to bank when we want to come into a new market, raise debt, raid equity, look for investment partners, or manage to restrictive covenants. This takes uncertainty out of the equation, and that is something the hyperscale players really appreciate.”

RagingWire’s capital plan is refreshed annually, and this gives its clients confidence that their future plans don’t depend on a company that might run into difficulties. “Another thing in our favor is that we are not subject to the consolidation that is going on right now in the data center market,” Goldsmith says. “It’s too easy for a data center start-up to be more interested in their exit strategy than their growth strategy and customer service. Customers don't want the volatility that comes with new owners, new contracts, new pricing, and new operations. They like to know that the site will be operated in a proven and consistent way by people they know and trust. 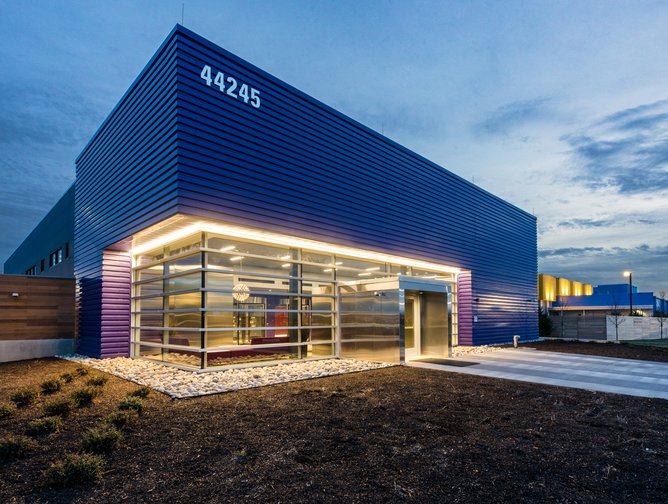 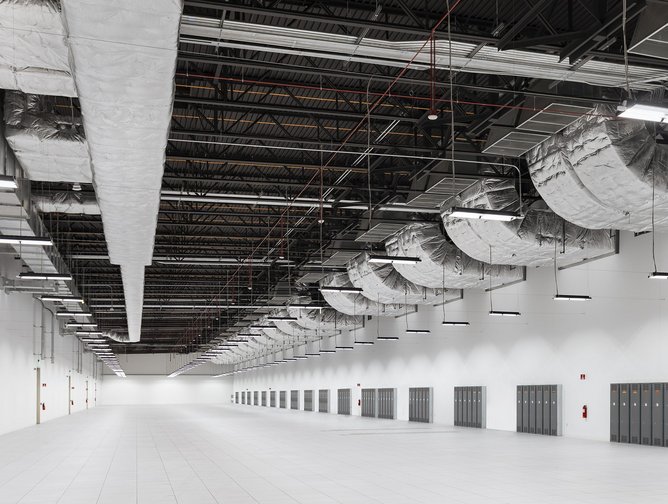 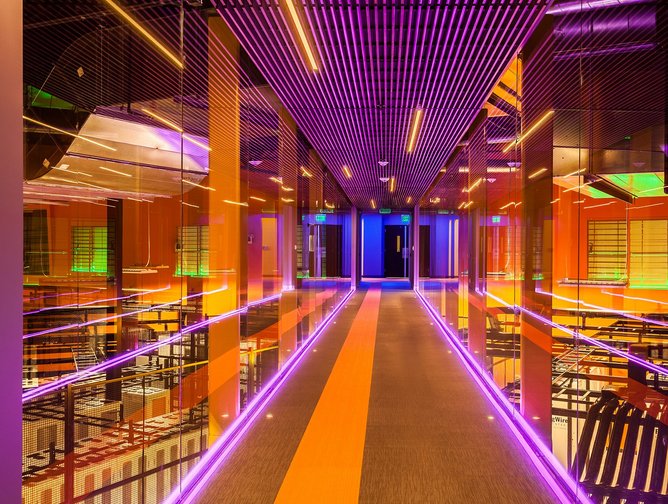