View Full Report
One of the most renowned academic institutions for research and development innovation, The University of Western Australia has invested in new digital...

Technology has opened up new opportunities across the education sector. Students are no longer content with traditional ways of working, but are looking for learning tools which seamlessly blend technology and creativity to promote engagement and deliver new ways of thinking. Projections show the e-learning market worldwide is forecast to surpass US$243bn by 2022, leading institutions to turn towards innovative education models and develop student-focused solutions which work to provide personalised support wherever possible.

Situated on the outskirts of Perth, with a second campus in Albany, The University of Western Australia (UWA) is the oldest educational institution in the region.  The university houses competitive spirit founded on collaboration, with many illustrious alumni to its name. Former Prime Minister of Australia, Bob Hawke, former CEO of British Airways, Sir Roderick Ian Eddington, as well as Noble Prize winners have all studied here and gained international acclaim.

“A bunch of people from the university have made a difference to the world, not just to their local community,” reflects UWA’s Chief Digital & Information Officer, Warwick Calkin. “The indigenous people that lived in this part of Australia, the Noongar people, came to this area for learning. They bought people to this part of the world and taught them here, so it was actually a university way before it was a university, so to speak. However, the education sector has changed significantly. The days of having someone stand at the front, and ‘chalk and talk’ no longer appeals. Students are used to having something far more dynamic, far more interactive, and want tools that give them the ability to exchange ideas.

“A lot of students don't necessarily come to the lectures in person and just look at the lectures online and the bits which are most important to them. Technology has enabled students to actually receive education in a different way and not necessarily on campus.”

Working in a number of industry verticals, from telco’s, utilities, finance and mining, moving into the education space would seem a surprise move, but Calkin, wanted to build a career which he felt would hold greater purpose. “I decided to enter higher education, which I feel is an opportunity to provide something to the community. It also helps to shape the way that future leaders will come into the world.”

Calkin has often sought to ‘walk in the shoes’ of the students, even from the very start of the application process. With high numbers of international students from China, India, Singapore and Malaysia in particular, he found that even locating the application form on its website to be a frustrating process. Not only that, prospective students then had to print off the 15-page PDF form which was solely accessible in English. Once completed, the required forms had to be sent via the mail, placing further delays. Those who completed the form incorrectly, or if supplied images were blurry, had to redo the process all over again.

“By the time they eventually got an offer from us, which was sent via snail-mail, there's a good chance that they had an offer from another university,” he laments. By identifying key pain points, Calkin has worked to digitise the application process. The time taken to complete the required forms has been reduced to 20 minutes, where applicants can now also receive an electronic offer within five working days. Additionally, applicants can now pay online via credit card.

“We’re the first of all the highest ranking (GO8) universities in Australia that issue an electronic letter. Everyone else still does it with a paper offer,” says Calkin. “You start looking at the things which you just expect to be there and work, and yet these people, who are our customers, we weren't treating them with the same respect.  We were saying, ‘Well, if you want to come here, you'll work it out. You've got to be smart enough to work it out to come here in the first place.’ As a consumer, if it's that hard to consume something, you start thinking, ‘is this the experience that I want to put myself through? I should go and have an experience where they value me, they respect me and they're going to treat me as a customer.”

Recognising that students demand technologies promoting convenience and accessibility, Calkin has worked alongside the students themselves. He received support from the Student Guild to build digital tools, such as the ability for students to locate friends on campus, receiving reminders around key events and information regarding assignments. Partnering with Involvio has also seen students gain access to a platform which provides real-time information via their phone or laptop, such as the classes a student has that day, including a map and directions if required, all in a bid to deliver a student experience which is personalised, highly mobile and digitally connected.

“The technology will prompt students with things like, ‘You've got one subject this morning and another this afternoon with a gap of three hours in the middle, so here are some events that are on campus that you may be interested in attending’, or ‘you have some friends on campus at this time who you can meet for lunch’. It’s pretty intuitive,” notes Calkin.

“A QR code is also built into it, so if students forget to bring their student ID, they can still buy lunch at the cafeteria. It's all these practical things which we’re trying to make as easy as possible. One thing a student will never lose is their mobile phone.” Even the safety of its students has been considered. UWA’s new digital support mechanism allows students to designate family members or friends to be alerted if they miss a tutorial or assignment, or if they haven’t been on campus for a period of time. If there was a serious incident, students can also be sent a push notification.

Despite such innovations, it is easy to disregard the fact that large volumes of personalised data are routinely stored on a daily basis. Protecting this data has become a critical area for Calkin, but with a digitally savvy student-base, he has developed an essential way for students to guarantee that their data can be stored and shared through an ‘opt in’ feature, which the students themselves must enable.

“The feature on the mobile application, Transparent Mode, is defaulted to be off, so students have to switch this on. Once they opt in, we can track where they're going and what they're doing,” he says. “The reason to turn it off is, to protect their right to privacy. If they say they want to know where their friends are, they can then do so. The data is associated with Involvio's base in the cloud which has tight security around it. Hundreds of universities in the US are also using this technology.”

Even travelling to and from the university is set to be revolutionised, with autonomous vehicles being deployed to support students’ travel across campus, which would work to protect them from the harsh 40-degree heat in the summertime.

“We trialled this autonomous vehicle to look at how can we can transport people around campus, but also looked at the broader context of incorporating this into the public system. We're working with the Department of Transport to try and work out how to take this forward. There’s a lot of things we are looking at more broadly than just the university itself - we're looking at the community that supports us and to engage more effectively, and in some areas, partner up to deliver innovations which everyone can benefit from,” observes Calkin.

Throughout its expansive digital investment, from student focused technologies to its extensive research capabilities, UWA has sought to implement cloud software to protect up to six petabytes (PB) of research data, which previously sat in an outsourced data centre. Bringing the data back on site, situated in two data centres on campus, the university is set to undertake a 12-month project to work alongside librarians and sift through large volumes of data, identify ownership, and decide whether it should be retained or archived, with the aim to house a complete catalogue of relevant, high quality data.

“We are working with Pure Storage, who have provided a platform that is used partially for the research side. All the files that were previously on disks and servers are now sitting on that platform, which enables some incredible performance and analytics,” depicts Calkin.

Technology has reshaped the way we interact, engage and communicate, yet UWA has taken this a step further. Home to one of the largest indigenous art collections in the southern hemisphere, the university is exploring the use of augmented reality (AR) and virtual reality (VR) to offer a cultural experience quite like no other. While UWA is looking to build a school of indigenous studies to celebrate this work, strict guidelines regarding where such work can be shown remain. VR will therefore enable this work to be displayed, where students can gain a greater understanding of Australia’s rich history.

Catering towards its business students, in 2018 the university was awarded the Education Project of the Year, implementing a trading room which would replicate becoming a trader on the floor, dealing with situations in real-time. Receiving feeds from the market, students could initiate and pull trades and see the results.

With facilities dotted everywhere, Calkin has recently undertaken a study with UWA’s Director of Campus Management to develop a campus master plan, looking at the university from both a digital and physical perspective to ensure it remains one of the most advanced educational institutions in the world. The first focal point is being urban, which UWA has achieved through its location, just outside of Perth. Second is green space, which the university has been committed to maintaining throughout its inception. Thirdly is history, which UWA has in spades.

“The last one is density and Oxford and Cambridge University were faced with similar challenges,” he explains. “While Cambridge elected to carry on sprawling, Oxford elected to consolidate with a smaller footprint but with a higher density. We’re looking at going down this route and create an environment which is more collaborative. The notion of teaching in a box is disappearing, and has become a lot more experiential.”

Long-term, Calkin believes that new technologies, such as blockchain, will even lead to the introduction of bespoke degrees, where students will build their own degrees, and complete modules at various universities worldwide. New technologies will be able to then authenticate a user’s credentials across a number of different universities. For UWA, however, what is its long-term aim?

“That’s easy,” Calkin concludes, without missing a beat. “Success is that our students leave here and they say it was an awesome experience. What's the best form of advertising? It's word of mouth. It is the strongest and most powerful form of reinforcing that something is good, where someone you know recommends you. “It’s not just about saying that we're good. I want them to be able to walk away from here and feel like they had the best experience they possibly could, which we are committed to consistently achieve.” 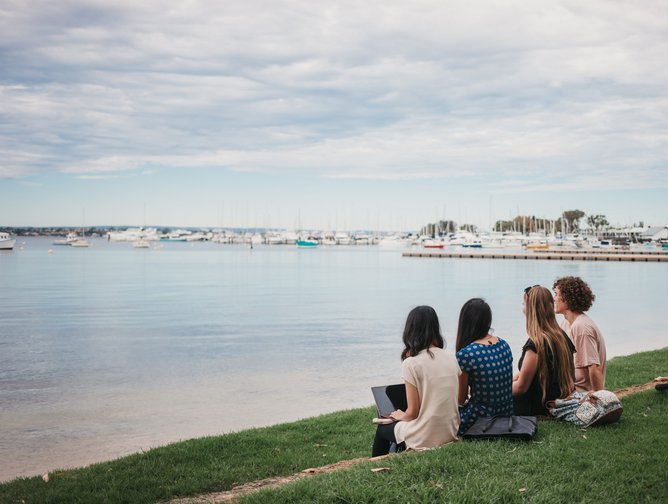 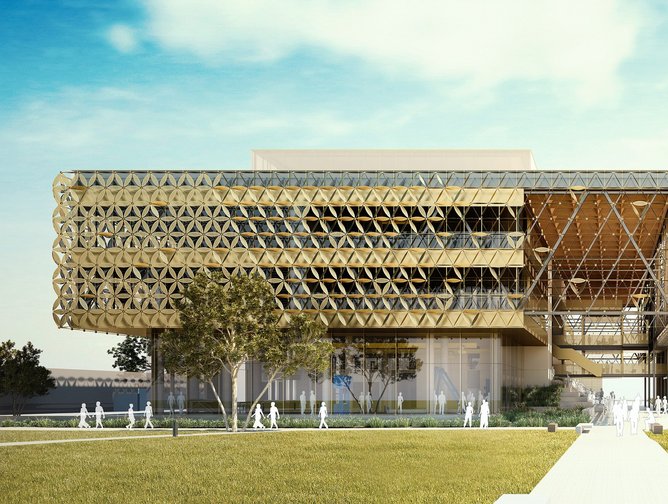 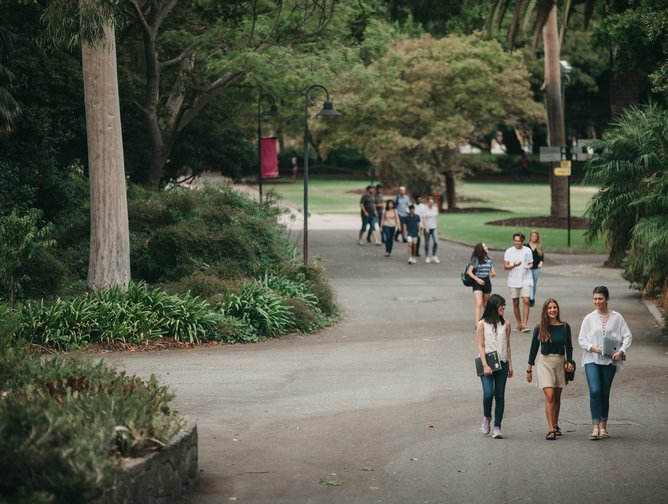 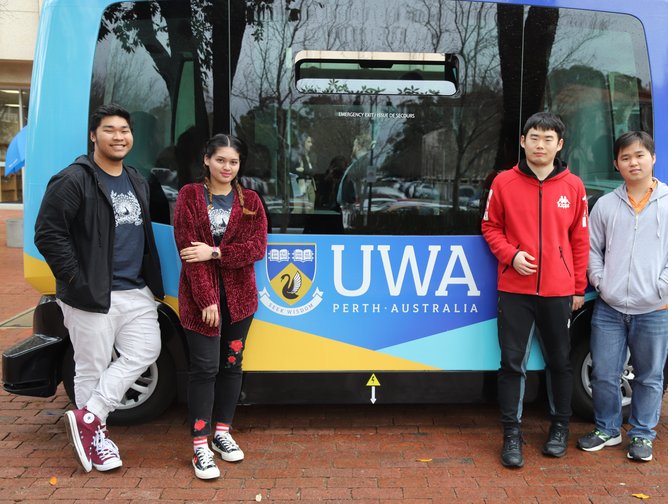 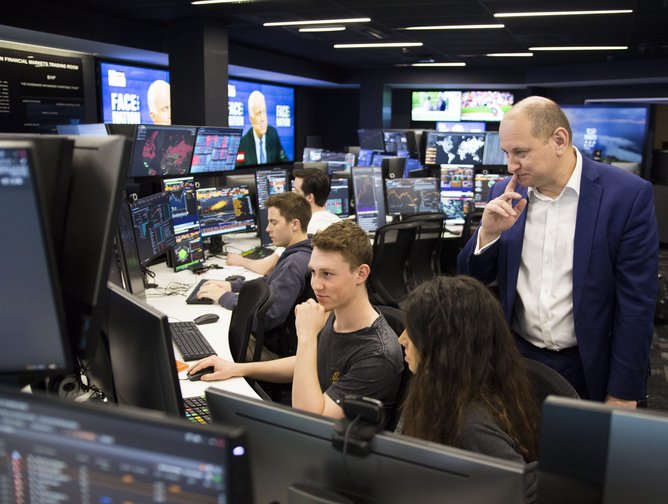 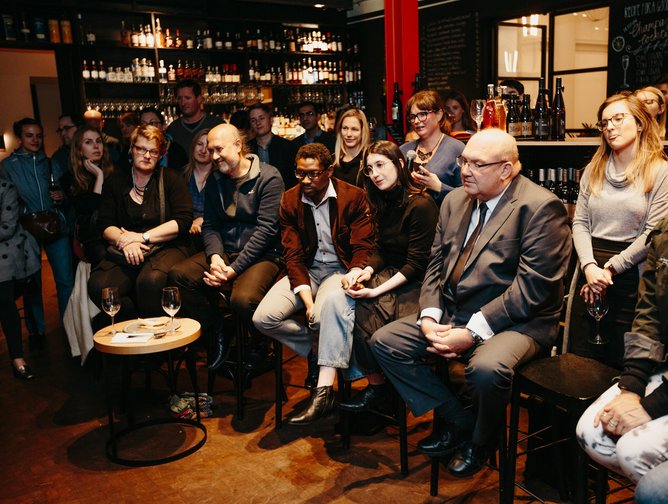