The rise of insurtech: a new dawn for the insurance industry 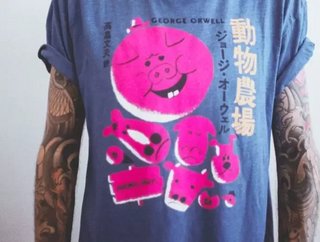 Gigabit dives deep into the disruptive world of insurtech and examines some of the up-and-coming firms set to change the way insurers do business foreve...

Gigabit dives deep into the disruptive world of insurtech and examines some of the up-and-coming firms set to change the way insurers do business forever.

At least 86% of insurers think their revenues will be at risk from future technological disruption – and perhaps nothing demonstrates this better than the rise of game-changing insurtechs. It’s clear that the insurance industry is now on the brink of change. Whilst some traditional insurers are more than 300 years old, many fledgling insurtechs may be less than 300 days old – and this clash of old and new is producing massive benefits. Just as the advent of fintechs shook up the financial sector, there is growing recognition that the insurance industry will benefit greatly from the surge of innovation brought by insurtech firms. People are putting their money behind these disruptors too: investment in the insurtech industry doubled between 2017 and 2018, according to FinTech Global. Speaking at Gartner Symposium/ITxpo in Australia last year, Juergen Weiss, managing vice president at Gartner, outlined how insurance CIOs could learn a lot from insurtechs. “Insurance CIOs need to expand their market insight concerning the innovation and disruption potential of insurtechs,” he said. “Start by identifying the areas where insurtechs could add value; then evaluate potential collaboration or investment opportunities.”

Incumbent insurance companies are beginning to cop on to the merits of insurtechs. In fact, Accenture’s Technology Vision 2016 revealed that 44% of insurers across the world intend to pursue digital initiatives with startups from the insurance industry over the next two years. Offering more personalisation and greater speed and efficiency of services, insurtechs are using artificial intelligence (AI) machine learning, the Internet of Things (IoT) and other tools to reimagine the way insurers do business. Using this years' Post Insurtech 100 rankings, Gigabit takes a look at some of the top insurtech firms you should watch out for.

Shift Technology has made a name for itself by providing AI-native solutions for the global insurance industry. The Parisian firm offers a Software-as-a-Service (SaaS) that uses data science to detect networks of fraudsters in insurance. With a team of around 90 developers, data scientists and project managers, Shift Technology is headquartered in Paris, France. Its sister offices are located in Singapore, London, Madrid, Zurich and Hong Kong. The company gained the 5th spot on the Post Insurtech ranking.

“Insurance CIOs need to expand their market insight concerning the innovation and disruption potential of insurtechs. Start by identifying the areas where insurtechs could add value; then evaluate potential collaboration or investment opportunities” - Juergen Weiss, managing vice president at Gartner

Gained the 4th spot on the Post Insurtech ranking, Lemonade claims to be the “world’s first open source insurance policy”. Headquartered in New York City, US, Lemonade offers homeowners and renters insurance powered by artificial intelligence and behavioural economics. In 2016, the firm claimed to set a world record for the fastest claim handled at three seconds. Lemonade is certified B-Corp — a for-profit business dedicated to making a positive impact on society, workers, the community and the environment — and so it takes a flat fee.

Aiming to be a health insurance company centred around the patient, Oscar Health has over 700 employees serving around 350,000 individual members and small businesses. The American firm offers insurance services in nine US States: New York, New Jersey, California, Texas, Ohio, Tennessee, Arizona, Michigan, and Florida. Gaining the 3rd spot on the ranking, Oscar Health points out how it has “the highest mobile engagement of any insurer” with 43% of its members’ first visits to the doctor being routed through its technology and customer service teams.

With investors including Amazon, SAIF Partners, Accel Partners and Catamaran Ventures, Acko General Insurance is digital insurance firm based in India. The company raised a total of $42mn in funding and earned the 2nd spot on the Post Insurtech 100 ranking. The Mumbai-based startup was founded in 2017 by Varun Dua.

Touting itself as “China’s first complete online insurance company”, ZhongAn has claimed the top spot on the Post Insurtech leaderboard. The company’s CEO is Jin “Jeffrey Chen” but it was initially cofounded by some of the country’s most renowned business magnates including Alibaba’s Jack Ma, Tencent’s Pony Ma and Ping An Insurance’s Mingzhe Ma. In 2017, the Chinese insurer raised $1.5bn in its IPO in what the Financial Times described as “the world’s first insurtech public offering.”