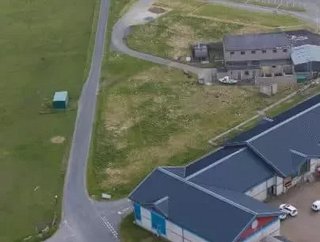 The first missions from the UK into space are a step closer following an agreement between an Edinburgh-based rocket company and a Shetland spaceport.

The trips into space are set to start from 2022, with aims for 16 launches a year at the height of the decade-long project in 2030.

The rocket company, Skyrora, wants to blast off from Unst, in the northernmost Shetland, from what is the former Shetland Space Centre and now known as SaxaVord Spaceport.

Skyrora’s "XL" vehicle is 23m long and weighs 56 tonnes, and is capable of delivering satellites into orbit.

It is hoped the joint project will create 140 jobs in the local area and another 70 across Shetland.

Volodymyr Levykin, the founder and chief executive of Skyrora said of the agreement: "We have made no secret of our ambition to be the first company to launch from UK soil so it's really exciting to agree to this multi-launch deal with SaxaVord.

"We are proud to be at the forefront of space innovation in the UK, deploying our assets and helping to unlock exciting opportunities as part of the new space economy.”

"The UK is a world leader in space technology, and this latest move brings us another crucial step closer to offering a significant space service from our own soil."

Cleaning up the Orbit

It has also completed tests of its orbital transfer vehicle (OTV), which will be used - among other tasks - to help "de-orbit" defunct satellites which contribute to the growing amount of space debris and junk around the Earth.

The OTV will also be able to carry out maintenance and other tasks, which Skyrora hopes will be utilised by companies like SpaceX and OneWeb with their new constellations of satellites.

Frank Strang, CEO of SaxaVord Spaceport, said: "As we look forward to launches from Unst next year, this is yet another exciting development and we look forward to working with the Skyrora team to help them meet their goal of delivering their XL rocket into orbit.

"The SaxaVord Spaceport location and the can-do attitude of our team mean we are perfectly placed to support Skyrora's endeavours."

Skyrora also wants to use rocket fuel called Ecosene, made from waste plastics like polystyrene to launch the XL rocket.