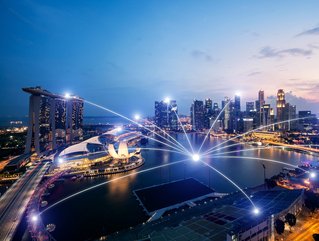 While neighbouring tech companies in China, South Korea and Japan are familiar to a western audience, there's also a large tech presence in South East Asia

According to crunchbase.com, investors are keenly watching the massive growth potential and market opportunities in Southeast Asia, with tech startups raising an impressive $8.2 billion just last year. Jungle Ventures estimates that the combined valuation of Southeast Asia’s tech startups will increase to $1 trillion by 2025.

Whether it's across telecommunications, media or eCommerce, there's some exciting technology-powered emerging companies from the likes of Singapore, Indonesia, Malaysia and Vietnam.  The current population of South-Eastern Asian region is 680,044,510 as of Monday, March 28, 2022, based on the latest United Nations estimates. The South-Eastern Asia population is equivalent to 8.58% of the total world population.

According to a joint report by Google, Temasek and Bain & Co, Southeast Asia is seeing a rapid expansion of its middle class and since 2020, 40 million new users having joined the internet.

Technology Magazine looks at some companies that are making waves in the region.

Mola TV, a pay TV provider with rights to the Premier League and several major film studios, have made a tremendous impression in the region by making world class TV affordable for the masses. Mola achieved a breakthrough in Indonesia in June of 2021, as it became the first broadcaster to provide 4K matches during its live streaming of the European Championships. As Mola continues to raise the bar in it’s own backyard, CP Lee, Chief Technology Officer for Mola, has big ambitions for the future: “First and foremost, we must deliver a better experience to our end users and to our subscribers. But secondary is to look at the expansion plan. We must make sure that we are able to bring the platform beyond the shores of Indonesia, into the neighbouring countries as well as the rest of the world.”

Viettel is Vietnam's largest Information Technology and Communications Group, and is considered one of the fastest growing telecommunications companies in the world. It is also among top 15 global telecommunications companies in terms of subscriber numbers. Grown from a construction company to five separate divisions, Viettel is present in 11 countries and territories, with their digital services serving a customer base of more than 270 million people worldwide from Asia, Africa and the Americas.

Imagine has evolved from TelBru, and works with the The Unified National Networks (UNN), an organisation 100% wholly owned by His Majesty's Government of Brunei Darussalam, with whom it supports to help to grow the Brunei Economy and making it fully 'smart'. It's work with mobile and internet roll-out has helped the kingdom to have some of the highest internet coverage in the world.

Imagine's story will be covered soon in May's Technology Magazine.

JobStreet.com is the No. 1 job site in Malaysia, claiming to have the largest jobseeker database and the highest number of job postings online. They help to facilitate the matching and communication of job opportunities between jobseekers and employers in Malaysia, Philippines, Singapore, Indonesia and Vietnam. Joining the Australian Stock Exchange-listed SEEK Limited in 2014, they became the world’s largest online employment marketplace by market capitalisation.

Agoda is one of the world’s largest online travel platforms. Founded in 2005, Agoda has a network of nearly three million properties worldwide. Their web and mobile products are available in 38 languages and represents more than 20 countries. Its major operations are in Bangkok, Kuala Lumpur, Tokyo, Sydney, Hong Kong, and Budapest, with an additional presence in major cities across Asia, Africa, the Middle East, Europe, and the Americas.

Currently, Agoda operates as a subsidiary of Booking Holdings Inc.

Lazada claims to be the number one online shopping and selling destination in Southeast Asia – present in Indonesia, Malaysia, the Philippines, Singapore, Thailand, and Vietnam. The company helps more than 100,000 local and international sellers, as well as 2,500 brands, serve the 560 million consumers in the region through its marketplace platform, supported by a wide range of tailored marketing, data, and service solutions.

They are owned by one of China's biggest companies, the Alibaba Group.

One of the largest e-commerce companies in Indonesia, Bukalapak was the fourth unicorn startup in the country (reaching a valuation of a billion dollars). Bukalapak was the largest listing ever on the Indonesian Stock Exchange at the time of its IPO in 2021, when it managed to raise up to US$1.5bn but lost almost 66% of its value six months later.

The Indonesian ecommerce powerhouse said its revenue jumped 58% to 484 billion rupiah (around US$33.8mn) in the third quarter of 2021, following an acceleration in its Mitra Bukalapak business, which focuses on serving SMEs.

Tokopedia is a tech company that provides a C2C business platform for buyers and merchants.

Since its founding in 2019, Tokopedia has been a force that pioneers digital transformation in Indonesia, consistently building a bridge to connect millions of people, Tokopedia has now reached more than 99% of districts and empowers more than 10 million merchants across the archipelago.

Tokopedia is works alongside various strategic partners through the marketplace, logistics, payments, and financial technology businesses, while also providing more than 500,000 payment points across Indonesia, and offering more than 42 digital products that simplify the lives of many.

With more than 100 million users, Tokopedia claims to have contributed driving more than 1% of the whole economy in Indonesia.

Sea Limited is a tech conglomerate headquartered in Singapore. Established in 2009 by Forrest Li, Sea was initially founded as Garena, a game development and publishing company known for its Free Fire title. The company rebranded itself under the present-day Sea brand in May 2017 after securing funding worth US$550mn, although the Garena brand was retained for its digital entertainment arm.

Sea currently functions as a holding company for Garena, SeaMoney, and Shopee, all massive successes in their own right. Esports. Garena is a leading advocate and organiser of Esports events in Greater Southeast Asia, SeaMoney is a leading digital payments and financial services provider and as of 2021, Shopee is widely considered as the largest e-commerce platform in Southeast Asia with 343 million monthly visitors.

Grab Holdings Inc., commonly known as Grab, is a Southeast Asian technology company headquartered in Singapore and Indonesia. In addition to transportation, the company offers food delivery and digital payments services via a mobile app. Grab currently operates in Singapore, Malaysia, Cambodia, Indonesia, Myanmar, the Philippines, Thailand and Vietnam. It is recognised as being Southeast Asia's first decacorn (A decacorn is a private, venture-backed company with a value exceeding $10 billion). It is considered the biggest technology startup in the region, with it's recent growth powered by it's 'super app'.