Treat your users as customers to thrive in the digital age 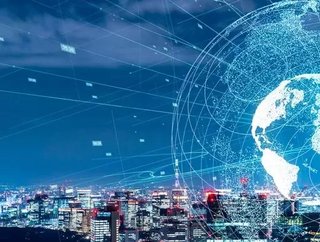 A mindset shift can enable mainframe-powered organisations to thrive in a digital-first future, says Stuart Ashby...

In today’s digital-first economy, every organisation has become a technology company, regardless of the industry they traditionally operated in. From sportswear start-ups to banks that have been operating for decades, every company must now provide outstanding digital experiences and better online services, quicker than ever before. With 60 per cent of consumers saying they’re less likely to continue shopping with a company after a single poor digital experience, it’s a financial imperative to get this right. To do so, organisations must be able to innovate quickly, without exposing themselves to the greater risk of making mistakes that hinder user journeys. However, this is becoming increasingly difficult as technology ecosystems have grown more diverse and complex.

Driving innovation in the digital enterprise

In addition to managing workloads on modern cloud services and platforms, many organisations also continue to rely on core systems such as the mainframe, which are becoming even more important than ever for modern digital enterprises. Indeed, research shows that 90 per cent of organisations see the mainframe as a platform for long-term growth. However, the same research also showed that 78 per cent of organisations want to be able to update mainframe applications more frequently than is currently possible, highlighting the challenge they face in keeping up with the pace of innovation.

This challenge is in large part driven by the outdated tools and processes that are still largely in use across mainframe environments. Green screen terminals and waterfall methodologies were never intended to allow developers to innovate at the speeds that today’s organisations need them to. However, simply throwing a bunch of modern tools at them and expecting that the volume and quality of their output will automatically improve is unlikely to result in success. It’s as much about the mindset that developers have towards their work and their role within the organisation as it is about the tools they use and the processes they follow. As such, IT leaders must focus on how they can bring about a mindset shift that sees their developers refocusing on what matters most to the business.

The first thing IT leaders need to focus on is creating a culture of customer centricity among their mainframe developers. Today’s consumers don’t want one big bang product release annually, or even once per quarter. They don’t care which platforms are being used to deliver the digital services they rely on – they just expect small, constant updates that continually enhance their experience in often small, yet significant ways. To enable this, enterprises must embrace agile methodologies on all platforms, including the mainframe, but only 42 per cent are currently doing so.

However, embracing this customer-centricity is as much about the need for a cultural and mindset shift as it is about the need for process improvements. Organisations need to put the customer at the heart of software development, with the ability to react quickly to their changing needs in a matter of hours or days, rather than weeks or months. To achieve this, organisations must provide developers with access to fast feedback that allows them to see how application features perform, and where issues arise. Developers can then be more agile, equipped with insights into where they should focus their efforts to improve the experience and drive greater value for the organisation and its customers.

Empowering and equipping the modern developer

Today’s developer also needs to feel empowered to become more customer centric and perform their role effectively, regardless of whether they’re writing code for a mobile application or a core mainframe system. Organisations must therefore provide a modern environment that allows developers of all areas of expertise to confidently work with large, complex, and cross-platform applications. This should include everything from having an intuitive integrated development environment (IDE) in place, to automating delivery pipelines, to empower developers to just focus on writing the code needed to solve business challenges.

To support this even further, organisations can also use machine learning to provide developers with actionable feedback on ways in which they can improve the speed or quality of their output through their modern development tools. Access to personalised performance metrics will enable developers to measure their successes, learn from problems they’ve encountered, and identify where they can adopt new, more efficient methods to improve their output in the future.

However, to truly empower their developers, organisations must give them more of a sense of ownership and responsibility for their output. Traditionally, organisations had a Dev team and an Ops team; after developers wrote code, they would hand it over to a QA team for testing and an operations team to deploy. However, this can slow down the speed of innovation, due to lengthy intervals between code handoffs and the challenge of needing to involve multiple teams to identify and rectify the cause of any problems. It can be far more efficient if developers have the capability to promote their own code through testing and into production. This empowers developers by giving them a more strategic, central role in how the business delivers services to customers.

Developers are the core driving force for enterprise innovation, so creating an environment that empowers and enables them to deliver new digital experiences faster is crucial. Mainframe-powered organisations must therefore equip their development teams with the tools they need to work confidently and successfully across all platforms. Fostering a customer-centric mindset is also key to enabling a system of continuous development and improvement, which is ultimately what will enable organisations to not just survive, but thrive in the digital-first future.