Oliveira discusses the importance of a managed approach to technology in the hospitality sector...

Gonçalo Marques Oliveira, Chief Information Officer, joined Pestana in March 2020, just as the pandemic was escalating to lockdown. “The initial impact of COVID-19 on the company was huge,” he recalls. “We closed almost all of our units in 15 countries between mid-March and April.” However, Oliveira adds that, despite the unanticipated disruption, Pestana was still thinking several moves ahead to ensure a swift resumption of services as soon as they were able. “Everyone acted in a very professional way and in anticipation that we would be ready to reopen at any point; we wanted to make sure that the conditions were right.”

Oliveira’s career has been diverse but consistently marked by strong business development and analytical skills, which he has honed at several world-leading organisations, including McKinsey & Co. Beginning his first technology-related role in the early 2000s at Portugal Telecom, Oliveira states that he was initially reticent: “My first reaction was to say, ‘I'm not the best guy to do it.’ Fortunately for me, my boss at the time said, ‘No, let's give it a try,’ and I was subsequently able to specialise myself in a number of technological trends.” When the opportunity to work at Pestana presented itself, he says that he was “immediately struck” by the chance to combine what he’d learned in a customer-centric framework that augmented experiences via technology rather than overwhelming them. “Because it's the service industry, people want to see and interact with you: they want to experience your hotels.”

Since then, he has become an enthusiastic explorer of IoT (internet of things), AI (artificial intelligence) and AR/VR (augmented reality/virtual reality), three key technologies being actively explored in hospitality. Oliveira states that Pestana is equally interested in prospecting their use. “The ability to leverage technology is becoming an increasingly distinctive factor for customers, particularly where you have a number of companies using it extensively,” he notes. AI is particularly applicable to Pestana’s vision of constantly-improving services, albeit with restrictions on what kind of customer data is collected and how it’s used. COVID-19 has also accelerated its interest in experimenting with a number of IoT-based technologies. Pestana’s dedicated app, which launched in July 2020 (available on both Android and iOS), is its most concentrated effort in this area: empowering customers to make a reservation, check-in, check-out, and engage with hotels digitally (or not) in the capacity that they are comfortable with, the app is important for realising the hospitality sector’s need for tech-enhanced, COVID-secure operations. “We'll also be investing some money in VR to provide a virtual 3D tour of our properties instead of just looking at pictures,” Oliveira adds. “The hospitality industry is a testing ground for understanding how people interact with technology. Everyone at Pestana is thinking in the long-term, and we believe hospitality is a really exciting industry to work in right now.” 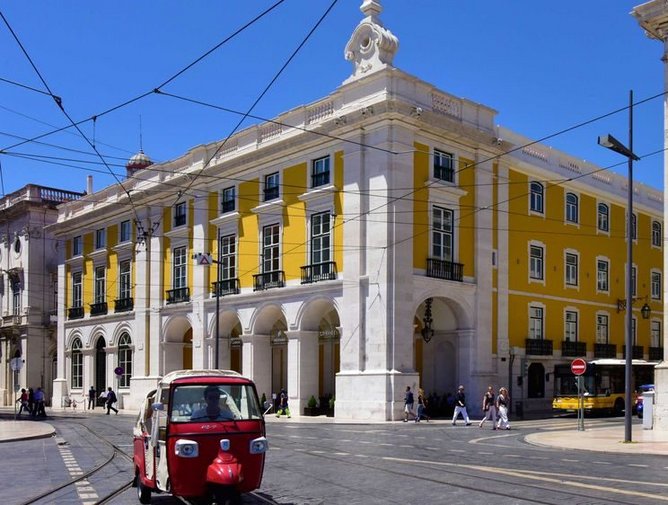