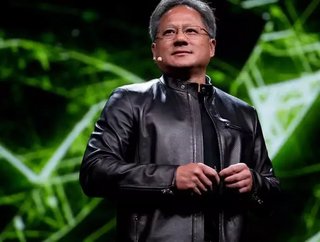 Jensen Huang is President and CEO of Nvidia, the company he co-founded alongside Curtis Priem and Chris Malachowsky in 1993. Having been born in Tainan...

Jensen Huang is President and CEO of Nvidia, the company he co-founded alongside Curtis Priem and Chris Malachowsky in 1993.

Having been born in Tainan City, Taiwan, Huang moved to the US as a child. Growing up in the country, he attended Oregon State University, from which he achieved a Bachelor of Science in Electrical Engineering, and Stanford, where he was awarded a Master’s in the same subject.

Holding 3.6% of Nvidia’s shares, Huang’s involvement in the firm has resulted in a net worth of $6bn, placing him in 168th position in the 2019 Forbes 400 list of the richest Americans.

In more recent times, the company has branched out from mainly focusing on gaming to areas such as automotive (where it partnered with Continental and others on an autonomous vehicle alliance) and, increasingly, artificial intelligence.

Huang has expressed his belief in the role of AI to power a new era of computing, writing in a blog post: “Today, we stand at the beginning of the next era, the AI computing era, ignited by a new computing model, GPU deep learning. This new model — where deep neural networks are trained to recognize patterns from massive amounts of data — has proven to be “unreasonably” effective at solving some of the most complex problems in computer science. In this era, software writes itself and machines learn. Soon, hundreds of billions of devices will be infused with intelligence. AI will revolutionize every industry.”

To the public, the company is perhaps best known for its graphics cards used in PC gaming, a market which it dominates alongside its compatriot AMD. That in itself is big business, with Nvidia stating that it draws on a market of 2.7 billion gamers worldwide (albeit most of them not gaming on PCs) and participates in an esports scene that is set to generate $1.1bn of revenue this year.