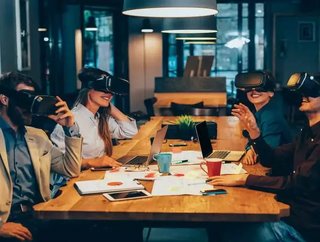 According to new research from Metaari, the global mixed reality (MR) learning market is set to reach $9.9bn by 2023, more than double its current valua...

According to new research from Metaari, the global mixed reality (MR) learning market is set to reach $9.9bn by 2023, more than double its current valuation.

MR is defined in the report, The 2018-2023 Worldwide Mixed Reality Learning Market, as the experience of simulation, augmented reality (AR) and virtual reality (VR).

MR learning is just one of the ways in which innovative companies are increasingly looking to utilise new and advanced technologies in an attempt to get ahead of the competition.

During Barcelona's recent Mobile World Congress 2018 (MWC 2018), according to Road to VR, Volkswagen revealed in partnership with Innoactive that it is planning to train up to 10,000 of its employees in logistics and production using VR training simulations.

The news comes after the automaker launched its Digital Reality Hub Group last year, designed to enhance collaboration across its Audi, SEAT, ŠKODA and Volkswagen brands.

UPS has also been using VR to train its workforce, having rolled out its own training software for employees using the HTC Vive that reproduces real life scenarios and hazards for its drivers.

"It's a game-changer for training,” said UPS Training and Development Manager Laura Collings when speaking to CNN. "Nothing can really replace real-world training, but virtual reality complements it in a way that engages our employees."