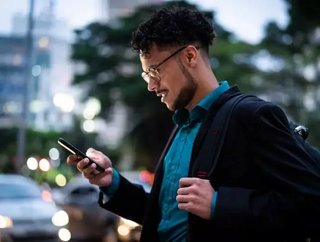 Though the world is by now used to the concept of companies offering a huge variety of products, a super app allows different products to exist within t...

Though the world is by now used to the concept of companies offering a huge variety of products, a super app allows different products to exist within the same service. While the large western companies tend to split their products into discrete applications (think Google Pay, Amazon Prime Video, etc.) some Asian businesses are progressing down a different route.

A predominantly Asian phenomenon, one of the best examples of a super app is Tencent’s WeChat, which offers social media, digital wallet, messaging and many other services. The business case for such a move seems obvious; by locking users into your ecosystem, a customer for one service can very easily become a customer for another.

In South East Asia, regional rivals Singaporean Grab and Indonesian Gojek are locked in a battle for market control, with both rapidly introducing new services in order to gain the upper hand. Aside from their primary ride-hailing businesses, both have expanded into digital payments as well as food/parcel delivery and more.

In a blog post, Gojek offered a useful definition of what they are trying to create, saying a super app “is many apps within an umbrella app. It’s an OS that unbundles the tyranny of apps. It’s the portal to the Internet for a mobile-first generation.”

In an interview with Bloomberg, meanwhile, Grab has revealed it is investing $150 million into AI research over the next year, supplementing the $100mn it has previously invested. The investment will be particularly directed towards fraud prevention and natural language processing.

Co-founder Tan Hooi Ling told Bloomberg that local languages in South East Asia were “underserved”; the investment in natural language processing is seeking to address that deficiency, allowing locals to interact with the technology in their own languages.

The super app approach is attracting big investment from the tech giants, with Uber, SoftBank and Google having invested huge sums into the companies.