Microsoft and Sony strike partnership for gaming and AI services 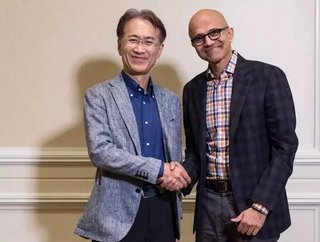 Microsoft and Sony have joined forces to work on cloud gaming and artificial intelligence (AI) initiatives.

Microsoft and Sony may be fierce rivals in the gaming space – the companies’ Playstation and Xbox coles have traded blows for decades – but now, the firms have struck up an unlikely partnership.

“The two companies will explore joint development of future cloud solutions in Microsoft Azure to support their respective game and content-streaming services,” Microsoft said in a statement.

Sony’s existing game and content-streaming service will also set to be powered by Microsoft Azure in the future.

On top of this, the Microsoft and Sony will work together on AI, semiconductor and image sensing technology.

“For many years, Microsoft has been a key business partner for us, though of course the two companies have also been competing in some areas,” noted Kenichiro Yoshida, president and CEO of Sony.

“I believe that our joint development of future cloud solutions will contribute greatly to the advancement of interactive content. Additionally, I hope that in the areas of semiconductors and AI, leveraging each company’s cutting-edge technology in a mutually complementary way will lead to the creation of new value for society.”