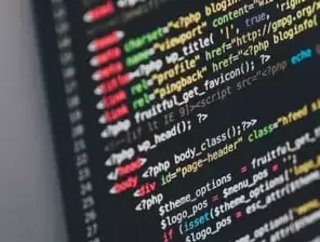 The tech giant is looking to simplify the process of programming - where the company got its start back in 1975. This development could keep programmers who already use the company’s tools satisfied and also attract new ones.

The system, called GitHub Copilot, draws on source code uploaded to code-sharing service GitHub, which Microsoft acquired in 2018, as well as other websites. Microsoft and GitHub developed it with help from OpenAI, an AI research start-up that Microsoft backed in 2019.

Teaching the computers to code

Microsoft researchers and other organisations have been trying to teach computers to code for decades and the concept has yet to go mainstream. GitHub Copilot is a notable attempt, relying on a large volume of code in many programming languages and vast Azure computing power.

Github is described as a virtual version of a pair programmer - when two developers work side by side collaboratively on the same project. The tool looks at existing code and comments in the current file and location of the cursor and offers up one or more lines to add. As programmers accept or reject the suggestions, the model learns and becomes more sophisticated. The new software also makes the coding process faster.

Microsoft’s CTO, Kevin Scott, adds it can save him from having to dive through bunches of documentation and that it is skillful for productivity. But GitHub Copilot isn’t just for coding veterans, it is also said to make programming much more approachable as it supports almost every programming language and is designed to work best with JavaScript, Python and TypeScript.

It will first appear in Microsoft’s Visual Studio Code, a free, open source product and the company plans to incorporate it into the commercial Visual Studio product in the future. And it isn’t the first time Microsoft has leaned on OpenAI to deliver this type of smart software. Just last month, it showed how it would update the PowerApps Studio application, which non-technical people use to write apps.

GitHub employees have tried to ensure that Copilot will generate secure, high-quality code. The underlying technology won’t be only Microsoft’s to use. OpenAI will release the Codex model this summer for third party developers to weave into their own applications.