NASA works with private sector to explore the final frontier

By Ollie Mulkerrins
May 17, 2020
undefined mins 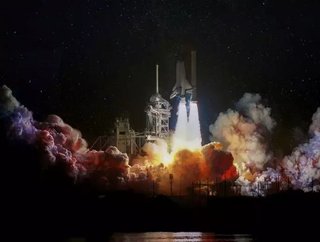 Budgets for space exploration have been a bone of contention over the past few years, with NASA struggling to build its Space Launch System (SLS) and th...

Budgets for space exploration have been a bone of contention over the past few years, with NASA struggling to build its Space Launch System (SLS) and the cancellation of Wilde Field Infrared Survey Telescope (WFIRST) and the Plankton, Aerosol, Cloud, ocean Ecosystem (PACE) haunting its budget announcements for the past few years, in an effort to save more than half a billion dollars.

“The WFIRST and PACE missions will provide experts with a crucial understanding of space, our ocean and our atmosphere,” Sen. Chris Van Hollen (D-Md.) said in a March 12 statement to SpaceNews.

“These missions hold clear benefits for pioneering research and scientific innovation that are vital to our future, and the administration’s decision to strip their funding is short sighted and deeply misguided,” said Van Hollen, a member of the Senate Appropriations Committee. “I will continue working in the Senate to maintain both our investment and oversight of these programs.”

As President Trump devotes US$21bn to NASA for the 2020 fiscal year, an increase of 1.4% over FY 2019, it may signal a shift in attitude towards space exploration. The increase in budget is aimed at creating incentives for private business to build partnerships with the government around deep space exploration, space station development and satellite deployment. It could also pave the way for Trump’s divisive plan for a Space Force, an effort to concentrate space personal and workforce into a single organisation. If approved by congress it would start building its headquarters in 2020.

With commercial satellites making up a large proportion of launches into low orbit and the (final) frontier of technology constantly advancing as a result of  new spacefaring missions, the partnerships could prove lucrative for both the public and private sectors.

NASA recently announced its licensing of cyber security technology to Equator Corporation. The technology is a monitoring system capable of analysing and learning user behaviours in order to identify when an unauthorised user acts outside of a predefined set of parameters. More than 50 commercial companies are already conducting research on the space station via the International Space Station U.S. National Laboratory. The relationship has already given back to NASA, with 10 different companies having already contributed commercial facilities on board the space station to support NASA and ISS operations.

The advances SpaceX has made are already causing shifts in the budgeting of the national space programme. In 2010, the Obama administration decided NASA would purchase services from companies like SpaceX when it came to low-orbit flights, leaving NASA to focus on the far more dangerous idea of deep space exploration. The dramatically reduced costs that SpaceX is able to offer are greatly expanding the opportunities to exploit space, along with the frequency that NASA could run missions due to the reduced costs. Space has become more accessible and this only serves to diversify the participation in space-based commerce and exploration.

NASA's changing relationship with the private sector is also seeing it start to re-examine its role as the world's premier space craft operator. SpaceX and Boeing are currently developing their own crew capsules to fly astronauts to the space station. Axiom Space in Houston is working on the first commercial space station to conduct zero-gravity research, with the Bigelow Commercial Space Station set to follow behind - Boeing themselves being the manufacturer of the proposed SLS.

The progress made, for the future of space exploitation, by the private sector has not convinced everyone, however. Mary Lynne Dittmar, president and chief executive of the Coalition for deep space exploration, said in a 12 March 2019 statement. “This budget appears to overly rely on public-private partnerships to address funding shortfalls due to the proposed top-line budget cut. It is our hope that Congress will balance funding in support of all of the agency’s key priorities, rather than forcing false trades between important missions.” The concerns being that public sector may not be able to deliver on the goals needed to maintain national infrastructure and the safety of the astronauts involved in these programmes.

With NASA’s plans for the budget seeing a cut to the funding for the development of the SLS by US$375mn, despite support from congress and a launch date of mid 2020, one such supporter Sen. Richard Shelby (R-Ala.), chairman of the Senate Appropriations Committee said to Jody Singer, head of the Marshall Space Flight Centre and lead centre for the SLS development, at a Space Transportation Luncheon on March 6: “Jody, you keep doing what you’re doing. We’ll keep funding you.”