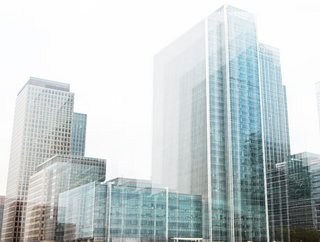 The digitalisation of global governments is being held back by a lack of capabilities and outdated ways of working, according to new research by EY

Just 7% of government leaders believe their organisations have kept up with digital transformation targets, according to a new report by EY, and the lack of progress is failing citizens around the world.

The report – How Can Government Workers and Technology Align to Serve Future Citizens? – also suggests momentum for digitalisation built up during the pandemic is in danger of being lost, and government workforces are not prepared to capitalise on the benefits of digitalisation.

Respondents find themselves constrained by a combination of issues including ineffective leaders, a lack of digital and data skills, and organisational cultures that are reactive, making it difficult to attract digital talent. The EY researchers also noted 38% of Gen Z government respondents say they plan to leave their jobs in the next 12 months.

"During the pandemic, we were offered a glimpse of the potential of the digital state and how it could deliver for citizens,” says Arnauld Bertrand, EY Global Government Consulting Leader. “Working from home became the norm and more services were moved online. In a post-pandemic world, we must not allow this momentum to be lost. The data shows that governments understand there is more to be done, but there remain many barriers to success.”

Big changes required in use of digital tools and tech, says EY

The EY research shows 43% of government respondents rank a focus on the citizen experience as one of the top three factors driving successful transformation. Employees also want a digital workplace that keeps pace with their personal experience and believe governments are not doing enough. The 2022 EY Work Reimagined Survey issued by the company earlier this year shows 63% of respondents believe extensive or moderate changes are needed to enhance their workplace digital tools and technologies.

"The opportunity here is massive and if governments get it right they will be rewarded with a more efficient state, slicker services and most importantly, happier citizens,” says Shalinder Bakshi, EY Global People Advisory Services Leader, Government & Infrastructure. “That being the case, the stakes are high. Governments need to urgently seize the opportunity to reconfigure the workforce to attract, retain and motivate the skilled employees they need. It is also essential that they put human skills at the centre of their digital transformation. Data and technology do not get you very far without the buy-in and skills to go alongside them.”

Millennials and Gen Z are more likely to favour shorter job tenures and seek greater purpose and fulfilment at work, with 63% of Gen Z public sector employee respondents saying they value a clear connection between their job and the organisation's purpose above profit. Respondents of all ages said they want a healthier work-life balance.

“When it comes to offering a job with purpose, governments are at a distinct advantage; and it is an opportunity they can seize,” says Bertrand. “The job of the public sector is to provide better lives for citizens. In the ongoing quest for talent across all sectors, this is a unique element to civil servant roles, which governments should be putting front and centre when it comes to recruitment.

“However, without using technology to offer a strong work-life balance, a compelling career path and clear pathways to train their workforce to become more technologically literate, they run the risk of failing to retain recruits who want to deliver the best for citizens."