Dell Technologies report: Emerging markets like India and Brazil are the most 'digitally mature' 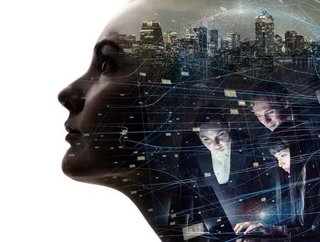 Emerging markets such as India, Brazil and Thailand are the most digitally mature, according to a new study by Dell Technologies. For its bi-annual Dig...

Emerging markets such as India, Brazil and Thailand are the most digitally mature, according to a new study by Dell Technologies.

For its bi-annual Digital Transformation (DT) Index, Dell Technologies worked alongside Intel and Vanson Bourne to survey 4,600 business leaders from mid- to large-sized companies across the globe to rank their organisations’ transformation efforts.

The report found that whilst emerging markets are digitally mature, developing markets are slipping behind with Japan, Denmark and France receiving the lowest digital maturity scores.

What’s more, the survey found that emerging markets are more confident in their ability to “disrupt rather than be disrupted” (53%), compared to just 40% in developed nations.

Additionally more than half of businesses (51%) believe they'll struggle to meet changing customer demands within five years and one of three (30%) worry that their organisation will be left behind.

Zeroing in on the UK, the DT Index pointed out that 16% of all UK organisation believe they’ll struggle to prove they are trustworthy within the next five years, with nearly a third (31%) admitting that they don’t trust their own organisation to comply with GDPR.

Over a quarter (26%) of respondents in the UK also said they don’t trust their own organisation to protect customers’ data.

“In the near future, every organisation will need to be a digital organisation, but our research indicates that the majority still have a long way to go,” says Michael Dell, chairman and CEO of Dell Technologies.

“Organisations need to modernise their technology to participate in the unprecedented opportunity of digital transformation. The time to act is now.”