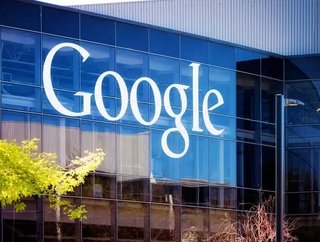 Google has announced that it will be expanding its global infrastructure networks by commissioning the construction of three new subsea cables next year...

Google has announced that it will be expanding its global infrastructure networks by commissioning the construction of three new subsea cables next year.

These will connect Chile to Los Angeles (Curie cable), the US to both Denmark and Ireland (Havfrue cable), and Hong Kong to Guam (HK-G cable), with these investments set to improve the technology giant’s network which it claims currently accounts for approximately 25% of global internet traffic.

This will, in turn, aid companies such as PayPal who rely heavily upon Google’s cloud network to run their own operations.

“At PayPal, we process billions of transactions across the globe, and need to do so securely, instantaneously and economically. As a result, security, networking and infrastructure were key considerations for us when choosing a cloud provider,” said Sri Shivananda, PayPal’s Senior Vice President and Chief Technology Officer. “With Google Cloud, we have access to the world’s largest network, which helps us reach our infrastructure goals and best serve our millions of users.”

This will bolster Google’s existing cloud product and service offerings such as Machine Learning Engine, Spanner, BigQuery and G Suite, with the improvements to the infrastructure resulting in faster and more reliable connectivity.

“Our cable systems provide the speed, capacity and reliability Google is known for worldwide, and at Google Cloud, our customers are able to make use of the same network infrastructure that powers Google’s own services,” said Google.

In addition, Google has revealed that it will open its Netherlands and Montreal regions in Q1 2018, with Los Angeles, Finland and Hong Kong set to follow later in the year.