Infosys investigates the future of blockchain in 2019 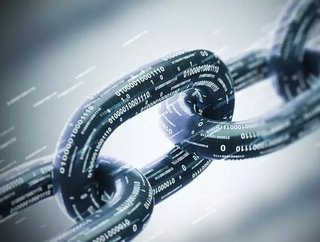 Gopi K, SVP at Infosys, explores the future of blockchain in 2019... We keep hearing about blockchain, how is it being adopted globally and in each mar...

Gopi K, SVP at Infosys, explores the future of blockchain in 2019...

We keep hearing about blockchain, how is it being adopted globally and in each market?

Since the emergence of Bitcoin from the dark days after the 2008 financial crisis, the technology has gained much prominence and notoriety owing to the rise and fall of numerous cryptocurrencies and ICOs. In the enterprise world, blockchain led by speculation turned into the holy grail and promised to solve all problems and open novel business opportunities. It is my opinion that in 2018, blockchain is coming out of the hype cycle globally across industries. Several initiatives that started early on have either paused or stopped. Networks are slow in gaining additional participants. Plethora of startups fuel the confusion blurring lines between the core technology and cryptocurrencies/ICOs.

B3i, an insurance industry consortium has the backing of several industry players and completed multiple POCs. However, there are multiple challenges in adoption – trust, erosion of competitive advantage, regulation, risk etc. Batavia, a trade finance initiative from IBM has adoption issues and has merged with we.trade. The IBM-Maersk shipping solution has met with significant apprehension[1] from rival industry players.  That being said, 2018 has also seen several success stories – Farm to fork initiative with Walmart retail, JP Morgan’s interbank payment platform, Traceability and provenance for precious gems/diamonds with Brilliant earth, Payments via Lyra between banks and corporates in Spain etc.

While the technology is promising, its application to business needs to be approached with a holistic mindset. Projects that are rooted in the true business value delivered by Blockchain are bearing fruits, while others moving from FOMO-effect (fear of missing out) are caught in adoption, value, and scalability challenges.

How will adoption increase/decrease in 2019?

As the awareness of the technology and its maturity increases we are bound to see a steady rise in the adoption of blockchain to optimize inter-company business processes and lend into new business models. A tell-tale sign for the coming adoption is the increasing RFPs in this field. In the last several quarters, we have seen a spike in the RFPs driven by numerous companies, in some cases as a group, working towards identifying specific use case for blockchain. Such initiatives focus on the business value and have a very rigorous gating process to filter out the force-fitted use cases. Through such initiatives, industry leaders are beginning to see the value of a shared ledger and a future where collaboration trumps competition.

We believe that in 2019, as efforts across industries and geographies coalesce around specific use cases, the adoption of blockchain will increase. When companies establish that a centralized utility across enterprises is the answer for a cheaper, faster and more efficient system, they will feel more comfortable collaborating with their industry rivals. Also, all the players are better informed from the past successes and failures. The theory of disintermediation through blockchain is yet to be proven in a large scale, but the winds are blowing in this direction and the threat for incumbents is becoming more real.

We see blockchain utilized in banking and logistics heavily, what sectors will begin adopting blockchain in 2019?

There are copious use cases for blockchain in any industry. This evident from the plethora of use cases, startups, and solutions from various players. However, we believe that blockchain will have significant impact in three key areas – payments & settlements, provenance, and trade. It is obvious that the financial services sector has been a leader over the last several years in adopting blockchain. This trend is expected to continue, but other industries are beginning to reap the benefits and will see a spike in adoption in the future. Distribution and services, logistics and supply chain, manufacturing, and resources are the industries that have started investing and will continue to do so in 2019. Public sector/government initiatives are also picking up steam in specific geographies such as middle East, Asia and Australia regions.

What purposes will blockchain be used for in 2019 compared to 2018?

In the short term, the strategic value of blockchain brings to businesses is cost reduction and process simplification. We’ve seen the adoption of blockchain in payments, remittances, provenance, and traceability in the early days which is consistent with the expected returns. While there are applications of blockchain that promise to deliver topline advantage to firms, in 2018 and 2019 leaders are expected to continue adoption of cases with clear bottom-line benefits.

We expect blockchain to expand into the following use cases/areas

As is the case in the adoption of many technology innovations of the past, the invisible hand of the Government is key to legitimize blockchain and bring it to a wider audience. Several applications of the technology, especially in highly regulated industries such as banking, insurance, pharma etc. are required to operate within the boundaries of the current regulatory norms. Informed by the industry, regulatory bodies are beginning to amend policies. There are numerous legislative initiatives in several jurisdictions both at federal and state/provincial levels to incorporate the benefits of blockchain in offering next-gen citizen services. For example, blockchain is a core driver for the Smart Dubai initiative aiming to transform several inter-governmental and citizen transactions. Similar initiatives are underway in other geos – southeast Asia, Europe, United States and Australia. Overall regulatory environment is expected to affect the industry adoption positively in 2019.

How are blockchain alliances supporting adoption for 2019?

The true value of blockchain can only be realized when multiple market participants collaborate with each other. While competitive disadvantages of a shared ledger have to be carefully evaluated based on the use case, as per Metcalfe’s law, the value of a network increases in proportion to the square of the number of participants. The plethora of alliances/consortia formed in several industries is a testament to the industry recognizing the benefits of larger networks.

For example, RiskBlock and B3i are formed to drive the innovation of solutions, products, and services in the insurance industry through the power of the ecosystem based on blockchain technologies. Similarly, BiTA is an alliance in the transportation industry with the vision of driving adopting of emerging technologies in the freight, transportation, logistics, and related industries. There are examples of many such alliances in other industries with some forming local networks (Europe, North America etc.) and others attempting to form true global networks. It is important to note that many alliances are yet to deploy successful blockchain implementations at scale. As the number of participants increase, the complexity of managing and agreeing on standards, value distribution and legal jurisdiction grows exponentially.

It is an arduous task to get alignment amongst market players traditionally used to competing with each other. However, the alliances (and consortia) are beginning to make progress by starting with non-critical use cases and gaining trust amongst the players.