The January issue of Gigabit magazine is now live! 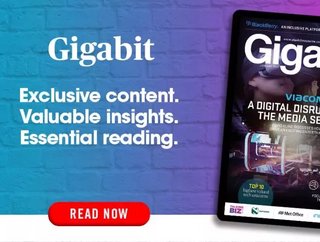 The January issue of Gigabit magazine is now live! With renowned brands like MTV, Comedy Central and Nickelodeon under its umbrella, Viacom graces the...

The January issue of Gigabit magazine is now live!

With renowned brands like MTV, Comedy Central and Nickelodeon under its umbrella, Viacom graces the screens of viewers the world over. For this month’s cover feature, Olivia Minnock spoke with Viacom’s David Kline to learn how the global entertainment content company plans to stay abreast of digital disruption.

Estimates suggest that the amount of data that will be subject to analysis will grow 50-fold by 2025 – this is where Tableau Software hopes to make its mark on the sector.  Following the firm’s annual conference, we sat down with CEO Adam Selipsky to learn how the firm hopes to cement its position as a data analytics powerhouse.

Elsewhere, as the need for software grows at an exponential rate, Mendix’s Chief Technology Officer gives the low-down on how low-code development could offer a unique solution.

For this month’s issue, we’ll also round up the top industry events from around the world and we investigate the top ten highest valued tech unicorns from across the globe.

On top of this, we’ll also take an in-depth look at some of the companies shaking up their sectors, with reports on companies such as Nedbank, BlackBerry, Liberty Global and ABC.