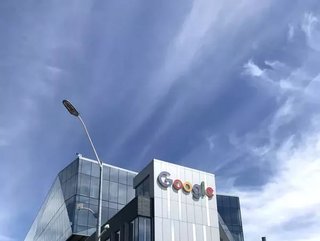 Microsoft has filed a protest with the Government Accountability Office against the National Security Agency, over its reported award of a cloud computing contract to Amazon.

The protest, which was filed at the end of July, seeks to dispute the NSA’s decision to award the $10 billion contract to Amazon - according to reports by Nextgov and Washington technology. The award to Amazon comes straight after the Pentagon’s decision to cancel its $10 billion, known as JEDI, or Joint Enterprise Defense Infrastructure. The JEDI deal became a lengthy legal battle between the two tech giants.

Nextgov reported the NSA contract is code-named ‘WildandStormy’ and is intended to modernise the agency’s classified data storage. The NSA said through a spokesman that the agency ‘recently awarded a contract for cloud computing services’ and added ‘the unsuccessful offeror has filed a protest with the Government Accountability Office.’ He added the ‘Agency will respond to the protest in accordance  with appropriate federal regulations’.

A Microsoft spokesperson told CNBC in a statement: “Based on the decision we are filing an administrative protest via the Government Accountability Office. We are exercising our legal rights and will do so carefully and responsibly.”

The lucrative JEDI cloud contract was intended to modernize the Pentagon’s IT operations for services rendered over as many as 10 years. Microsoft was awarded the cloud computing contract in 2019, beating out market leader AWS. A month later, AWS filed a lawsuit in the U.S. Court of Federal Claims protesting the JEDI decision.

The company argued former President Donald Trump’s bias against Amazon and its then-CEO, Jeff Bezos, influenced the Pentagon to give the contract to Microsoft. But last year, the Pentagon released a report saying the award didn’t appear to be influenced by the White House.

However, the inspector general noted in the 313-page report published in April 2020 that it had limited cooperation from White House officials throughout its review and, as a result, it could not complete its assessment of allegations of ethical misconduct.