The rise and rise of application fraud 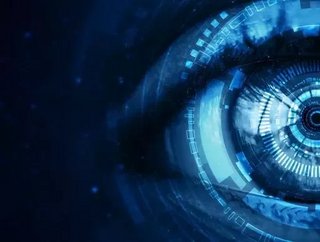 Cyberattacks have evolved since the advent of online transacting almost 25 years ago, with attackers continually escalating and refining their techniques to protect their illicit revenue streams.

Early brute force attacks guessed passwords in a series fashion until they identified the correct one. This is time-consuming, computationally expensive, and not very effective. Then password lists became popular, and instead of just guessing, attackers would have massive lists of common passwords to guide them and would brute force different versions of them.

Today, attackers and fraudsters can call upon a sophisticated suite of tools all designed to defeat traditional defences. Most people who use the internet have had an account compromised at some point, and in all likelihood, that was through either phishing or some type of credential stuffing attack.

Credential stuffing can be thought of as a smarter form of brute force where attackers take credentials that have been leaked in one data breach and try them en masse against other websites to find combinations that are reused, so that they can take over user accounts. Attackers do this in an automated fashion, so that they can try thousands of credentials very quickly.

The use of stolen credentials is one of the most common methods used in observed data breaches. According to Shape Security, credential stuffing aimed at account takeover and other brute force attacks drive fraud and abuse that results in more than $40B of hard losses every year, and up to three times that much in total costs.

The 2019 Verizon Data Breach Investigations Report also states that roughly 70% of observed breaches use stolen credentials. Not all of these are going to be credential stuffing attacks, but it’s likely the majority are.

At Auth0, we have seen massive trends across our customer base as we’re in a unique position as an aggregator of identity and login data. Today, roughly 67% of our authentication traffic is deemed suspicious, meaning, it looks like application fraud.

What are the threats?

There are a number of factors that are enabling these credential stuffing attacks that organisations should be looking to secure or fend against.

The scale of application fraud right now is unbelievable. However, most of the problems that enable credential stuffing attacks have been around for a long time.

If organisations really want to defend against credential stuffing attacks, you have to think of security in layers. If you see a huge spike in failed logins, that’s a tell-tale sign of a credential stuffing attack. If you’re getting traffic from IP addresses that we know are associated with known threat actors, you might want to block them or institute some kind of CAPTCHA to help mitigate bot activity. You need those first layers of defence.

Good security hygiene, like testing for known, breached passwords among your user base is a second layer of defence. Then MFA is a third layer of defence. If your organisation has all three, you're in pretty good shape against credential stuffing, and you can minimise friction for users by prompting MFA only when an action is deemed suspicious.