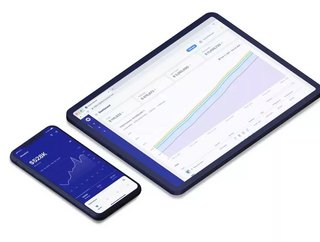 ironSource, which develops technologies for the monetisation of mobile applications via advertising, is the latest to rely on a SPAC to go public...

Tel Aviv, Israel-based software company ironSource has announced a plan to go public via a merger with Thoma Bravo Advantage.

Some of the biggest winners from the disruption of the last year have been in digital sectors such as gaming and apps. Accordingly, ironSource, which develops technologies for the monetisation of mobile applications via advertising, has experienced a bumper year. Its revenue grew by 83% year-over-year, reaching $332mn, for instance, prompting its efforts to go public.

The company particularly specialises in mobile games, which are the leading category of apps in terms of use. ironSource’s platform allows developers to analyse as well as monetise their applications, with the company claiming that 87 of the top 100 mobile games rely upon their solution.

Omer Kaplan, CRO and co-founder of ironSource, said: "Using our platform, game developers are able to unlock a flywheel of continuous growth, and since our business model is aligned with our customer's success, as they grow, we do too. While this cycle is most often leveraged by mobile games, it's easily transferable to apps outside of gaming.”

The merger with the special purpose acquisition company (SPAC) is expected to close during the second quarter of this year, valuing ironSource at approximately $11.1bn, and unlocking $2.3bn in cash proceeds.

Orlando Bravo, Chairman of the Board of Directors of Thoma Bravo Advantage, said: "With a full suite of solutions across the app growth life cycle – and a unique combination of scale, business growth, and profitability – we expect ironSource to further its market leadership position as a public company. We look forward to partnering closely with Tomer and the talented ironSource team in this exciting next chapter for the company."

The rise of the SPAC

It’s the latest such example of a SPAC merger to take a technology company public and bypass the traditional IPO method. Recently we saw Biotech firm 23andMe announce it was going public via a merger with Richard Branson’s Virgin Group’s VG Acquisition Corp SPAC. That deal valued the company at approximately $3.5bn, with 23andMe describing the deal as allowing it access to the capital necessary to fund its growth