Data: How European companies are competing for the most valuable resource 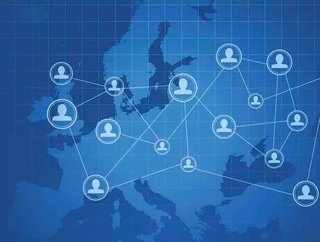 Data is driving the new economy. As we enter the fourth industrial revolution and the world ventures into unknown territory, we experience the tension t...

Data is driving the new economy. As we enter the fourth industrial revolution and the world ventures into unknown territory, we experience the tension that accompanies any revolution—new regulations, pricing concerns, debates over ownership and rights. The digital information that fuels this new economy is unlike any other resource, so we’re developing our frameworks and methodologies while the quantity, quality and complexity of the data exponentially grows.

Every business in every country is trying to determine how to drive efficiencies and revenue with big data, AI and analytics tools that allow them to extract a competitive business advantage from the mountains of data that are being generated each day. Lawmakers in those countries are grappling with questions that have no easy answers.

Not all countries keeping pace

Turns out our German friends are the world leaders in global data and analytics adoption while the UK is being outpaced by every other country assessed except India and Japan, according to the Data and Analytics Trends Study 2017 by Teradata. While the majority of businesses seem to understand the importance of a data strategy, there is still a lag in execution. In the study, only 54 percent of those surveyed in the UK felt their organisations were effectively adopting data and analytics, compared to 82 percent for German respondents and 77 percent for Spain.

Let’s take a look at a few of the challenges European companies face as they compete for today’s most valuable resource – data.

There is a network effect that occurs with data. The more valuable data a company gathers, the more insights it can extract from it to enhance its products or services. Better products and services lead to more business. That new business leads to even more data.  The cycle continues. And the more powerful a singular business becomes – think Facebook or Google – the easier it is to squash the competition. In the age of information, they can use (often proprietary) tools to monitor the competition and take action prior to them becoming a threat.

While some of the concerns of traditional antitrust rules such as price gouging are not raising red flags in the era of big data – in fact, many of the services are free – the reality is that giant tech companies are extremely powerful because of the data they have access to and control. The traditional way of thinking and regulating business does not seem to apply to the concerns of the digital age. For example, instead of considering the size of two firms wanting to merge, perhaps the data assets of each need to be examined.

Who owns the data? Consumers freely hand over information in exchange for the conveniences and services they get in return. However, if there was more transparency about what information is tracked and how much its worth when it’s sold, perhaps we wouldn’t be so fast at giving it away. Additionally, the same information can be used by multiple entities even at the same time, so determining who owns the data is quite complex.

Data has value, but it’s not a commodity as we typically view it. At any given moment, the exact worth of a bit of information changes and “infonomics” – pricing methodologies applied to data – is in infancy. To overcome the pricing challenges, some organisations such as Britain’s National Health Service and DeepMind, Alphabet’s AI division decided no money would change hands when they forged a partnership that allowed an exchange of anonymous patient data for the medical insights extracted from them.

While there is much to figure out with our new data-driven economy, one thing is for certain. Every company – no matter where they are in the world – needs to have a plan to utilise data, today’s most valuable resource.

Bernard Marr is a best-selling author, keynote speaker, strategic performance consultant and analytics, KPI and Big Data expert. His new book Data Strategy: How to profit from a world of big data, analytics and the Internet of Things is out now.