Microsoft and Facebook lay ultra-fast cable across the Atlantic 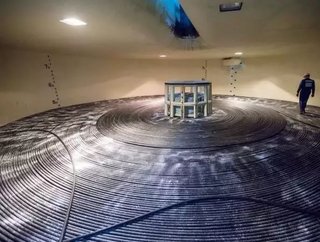 Microsoft, Facebook and Telxius have announced that they have completed their Marea subsea cable project, which lies 17,000 feet below the ocean's surfa...

Microsoft, Facebook and Telxius have announced that they have completed their Marea subsea cable project, which lies 17,000 feet below the ocean's surface to cross the Atlantic.

Running from Virginia in the US to Bilbao, Spain, the cable has the capability to transmit 160 terabits of data per second, which is the equivalent of streaming 71 million high-definition videos simultaneously.

The fibre optic cable is 4,000 miles long and boasts the ability to transmit an internet connection that is 16 million times faster than the average home connection.

Having been completed in less than two years - which is three times faster than what is typical, according to Microsoft - the subsea cable will be able to cope better with cross-border internet traffic.

"We're energised by the impact the Marea subsea cable will have on the advancement of cloud computing and digital services," read a blog post by Microsoft Corporate Vice President for Cloud Infrastructure & Operations, Suresh Kumar.

"The Marea cable’s new “open” design allows it to evolve with technology, ensuring the highest performance for users now and well into the future, even as the global population of internet users grows."

Marea will also enhance the Microsoft Cloud and help build the level of global infrastructure required to enable faster and more stable connections.