The role of Big Data in healthcare 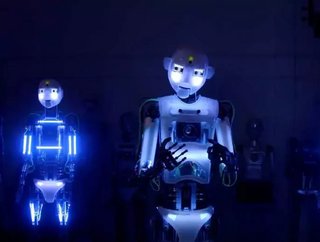 We generate data about ourselves all the time, the acquisition and interpretation of which is big business. In many cases, this data may be fairly trivi...

We generate data about ourselves all the time, the acquisition and interpretation of which is big business. In many cases, this data may be fairly trivial or inconsequential. In others, this may be the most private and confidential data of all - about our health, for example. Regardless of what type it falls under, there are businesses out there that will want it.

The question of data in healthcare is timely considering the UK’s exit from the European Union, and the potential for healthcare data to be used as a bargaining chip in future trade deals with the United States and others.

The UK’s National Health Service (NHS) is one of the oldest and most established public healthcare systems in the world. Its practice of tying data to an individual NHS number means its data provides a broader account of patients’ health, and with the NHS increasingly digitising old records, a chronologically longer one too. EY has estimated the data to be worth almost £10bn.

The potential value of that data led to raised eyebrows when, in December 2019, the UK government gave Amazon unfettered access to non-patient data for free, with Amazon’s Alexa voice assistant in turn providing health information via voice search. Elsewhere, other big tech firms are interested in acquiring medical data, with Google doing a deal with Ascension, a company that runs 2,600 hospitals in the US, which gave it access to patient data.

Of course, such data is not purely useful to American tech giants, with the NHS and other health bodies themselves able to capitalise upon it. One possible avenue of exploration lies in opening up such data sets to AI. Matthew Gould, the CEO of NHSX, the NHS’s digital transformation arm, wrote in a recent blog post: “Artificial Intelligence (AI) holds enormous potential for the NHS, if we can use it right. It can reduce the burden on the system by taking on the tasks that can be converted into an algorithm.

Many of these are in areas of greatest pressure, like radiography and pathology. It could improve patient outcomes, and increase productivity across the system, freeing up clinicians’ time so they can focus on the parts of the job where they add the most value.”

Google’s aforementioned interest in health data led to its acquisition of MedTech wearables firm Fitbit. Accordingly, we’ve seen a proliferation of wearable devices which give users the ability to track elements of their fitness.

Whether that’s smartwatches that can track the distance you’ve run or portable heart monitoring devices, the data they generate is not purely useful to the end-user, with the likes of Google Fit and Apple Health all sharing data by default. This mutual model of data generation and consumption is big business. Just look at the price Google paid for Fitbit: $2.1bn.

One fundamental question remains with this proliferation of highly sensitive and highly valuable data: its security. Tim Brown, VP of Security at infrastructure management software firm SolarWinds, says that the healthcare industry faces additional risk owing to two factors. “First, the information they have stored on patients is extremely valuable and can be used for identity and insurance fraud.

The second is their core mission, and the high visibility of that mission—the health and safety of people—leads bad actors to believe the healthcare sector is more willing to pay a ransom when lives could be at risk.”

The coming year will see such risks amplified due to the industry’s reputation. “In 2020, the healthcare sector will witness an increased number of sophisticated attacks,” Brown says. “These will be targeted and well-coordinated; the bad guys will focus on attacking the overall environment, not just individuals. The healthcare sector has shown in the past that they will pay, which makes them a bigger target.”

The answer partly lies, Brown says, in a focus on ‘cyber hygiene’ across the healthcare sector. “This includes endpoint protection, access control, network segmentation and an aggressive patch program. They need to realise they are a more attractive target for attack and take precautions to not become a victim of opportunity.

Once good cyber hygiene is in place, they should be proactive in testing the environment and modelling cyber outbreaks. Just like a common cold or virus, the outbreak needs to be contained and limited to the smallest number possible.”

Assuming such security challenges can be overcome, medical data represents a potent force in the ongoing evolution of healthcare worldwide. While there are dangers of misuse, data, when used correctly, can demonstrably improve people’s lives, whether that’s machines learning from existing images of conditions to make diagnoses or the modelling of diseases to contain their spread.