We are seeing the formation of global digital war 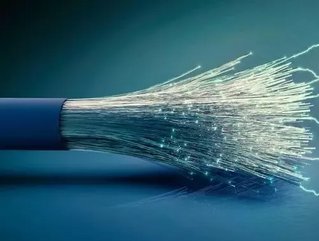 The US government's handling of TikTok needs to be understood as the commencement of a digital war on a global scale, says Chan Kung...

The restructuring of TikTok, owned by the Chinese company ByteDance, has been under the market’s spotlight lately. Although some American companies such as Oracle and Walmart claimed that they had formed a preliminary plan with ByteDance on TikTok's reorganisation and data custody, other parties such as the US president, Donald Trump, seem to have different opinions on the plan, and a consistent final agreement has yet to be formed.

The US government's approach to TikTok shocked the entire capital market, and many believe that the US government disrupted the mode of market operation and brought extremely negative effects on investments in the United States. Moreover, the data security issues brought about by TikTok are not the same as the technical competition threats brought by Huawei. Why then, did the United States act so strongly on TikTok?

From the perspective of global economic development trends, the US government's handling of TikTok needs to be understood not only from the perspective of the ‘decoupling’ between the United States and China, as it is not just an issue of data protection and security, but also the commencement of a ‘digital war’ on a global scale.

Recent reports have shown that the digital economy, which is mainly based on information technology and internet technology, is showing an increasingly strong development momentum, and that the physical isolation brought about by the Covid-19 pandemic has further accelerated its development.

The outlook for the global digital economy is undoubtedly optimistic. In this context, data, as the foundation of digital technology and applications, is being paid more and more attention to by countries. Major economies including China, the United States, and the European Union have begun to treat all kinds of data as their own national resources or even assets, and have established sovereign-based data protection and application rules.

If the internet economy that began in the 1990s was in an age of freedom of the digital economy, then countries around the world are currently entering an era of data protection and competition, as digital technology continues to develop. The European Union has clarified its regulatory thresholds for data protection through the General Data Protection Regulations (GDPR), hoping to establish its own voice and market initiative in the digital economy.

Therefore, for Chinese companies, whether it is ByteDance or Tencent, they will face high data barriers in the process of going international. TikTok, whose business is concentrated in international markets, currently has 500 million users and over 2 billion downloads. It has more than 70 million users in the United States and more than 100 million in Europe, so one can only imagine just how massive the user data obtained by TikTok can be.

No matter where the data is stored, it is a rich asset to TikTok, which can bring various derivative applications and generate commercial benefits with technical support. This is precisely what the US government is worried about. As Ciaran Martin, CEO of UK National Cyber Security Center, said recently, although apps such as TikTok do not directly pose security threats, Chinese companies intend to obtain a large amount of user data from other countries in order to train artificial intelligence applications and obtain technological advantages. Western countries should seriously consider their future data protection models, similar to what the EU has done.

In fact, the European Union has begun to gradually tighten its data policy recently as well as join the competition for data resources. The Office of the Irish Data Protection Commissioner (DPC) has recently made a preliminary decision that the mechanism used by Facebook to transfer data from the EU to the US should not be implemented. As Facebook has a huge amount of user data from around the world, it said that such restrictions may cause it to withdraw from the EU market.

TikTok on the other hand does not seem to attract much attention in Europe. Although it has more than 100 million users, its announcement to establish a data center in Ireland can temporarily alleviate European concerns about data. However, if TikTok continues to develop rapidly in Europe, it will eventually face increasingly stringent data audits in European countries. It should also be noted that India took advantage of China's border dispute to take measures and restrict the use of China's digital applications in India, indicating that more countries are joining the chaos of the so called ‘digital war’.

As the EU leaders said, the future economic landscape lies in the realisation of digital sovereignty in the digital economy. The United States' attack on TikTok and WeChat means that the digital war is taking the lead between the United States and China. It will also cause a series of changes in the field of technology, financial investment, and international trade. Therefore, this kind of competition has surpassed the previous trade wars, financial wars and technological wars, and its rivalry is reflected more on the overall development pattern as well as the competition for potential market space.

The fate of TikTok in this game between the United States and China is not only about whether companies can obtain commercial benefits and access to the social platform market, but also a strategic competition of data resources and digital assets between countries. This is actually a strategic competition for whether the digital economy can be fully developed in the future and whether the long-term economic growth potential can be realised.

Chan Kung is the founder of Anbound