What is blockchain technology? 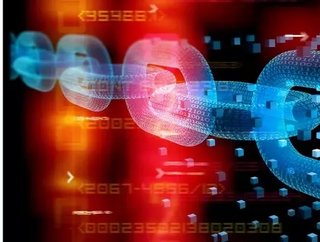 We take a look at what blockchain technology is and how it can be utilised in all industries...

Blockchain technology, also, not so commonly, referred to as Distributed Ledger Technology (DLT), is an ever-expanding list of records, also known as blocks, that are linked using cryptography. Each individual block stores a cryptographic hash of the previous block, a timestamp, and also transaction data.

Blockchain is a revolutionary and promising piece of technology as it helps reduce risk, eliminates the threat of fraud and brings transparency for myriad uses.

Blockchain technology consists of three key concepts which are blocks, miners and nodes. Every single chain consists of multiple blocks and every single block will have three basic elements. The first element being the data in the block, and then a 32-piece whole number which is called a nonce. The nonce is completely randomly generated when a block is made, which consequently generates a block header hash. Lastly, the hash is a 256-bit number wedded to the nonce. Miners create new blocks in the chain, they do this through a technology process called mining. Miners use unique and specific software to solve complex mathematical solutions. After the block has been correctly and successfully mined, the change is then accepted by each and every one of the nodes that are included on the network and the miner is rewarded financially. Every single node has its own individual, unique copy of the blockchain and the network must approve any newly mined block for the chain to be updated, trusted and verified.