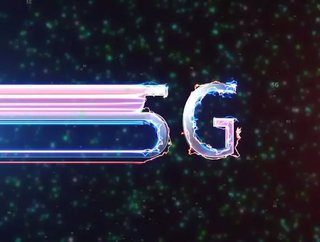 Sprint and LG are on track to deliver the first 5G smartphone to the United States in 2019, the pair have confirmed. Launching in the first half of nex...

Sprint and LG are on track to deliver the first 5G smartphone to the United States in 2019, the pair have confirmed.

Launching in the first half of next year, the technology will see Sprint's customers be some of the first consumers in the world to experience the transformative qualities of 5G technology.

Specific details on the device are yet to be released but Sprint has already announced plans to launch its 5G mobile network in Atlanta, Chicago, Dallas, Houston, Kansas City, Los Angeles, New York City, Phoenix and Washington, D.C.

Sprint served 54.6mn connections as of June and is widely recognised for developing, engineering and deploying innovative technologies, including the first wireless 4G service from a national carrier in the United States.

"Sprint is moving fast on the road to 5G and we are thrilled to announce the first 5G smartphone with the innovative team at LG," said Dr. John Saw, Sprint chief technology officer. "LG has done tremendous work developing technical designs that enable us to be among the first movers in mobile 5G. Today's announcement brings us one step closer to putting a beautifully-designed advanced 5G smartphone in our customer's hands."

William Cho, LG's North America President and CEO, added: "LG has been working side-by-side with Sprint for nearly 20 years, and we are looking forward to expanding this partnership with 5G.

"Building on LG's legacy of innovation, our teams are enthusiastic about partnering with Sprint's 5G experts to bring next-generation mobile to market in the US, while continuing to evolve LG's best-in-class design elements for Sprint customers."