Augmented Industry: how AR and VR are revolutionising logistics 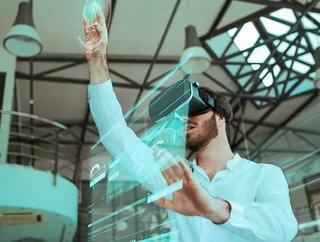 The global augmented reality (AR) market is on the precipice of an exponential growth spurt. Worth an estimated $16.8bn in 2019, the industry is predict...

The global augmented reality (AR) market is on the precipice of an exponential growth spurt. Worth an estimated $16.8bn in 2019, the industry is predicted to comfortably hit $160bn by 2023, as AR tech spreads to touch almost every aspect of our lives, from retail to oil rig repair.

While the most visible examples of AR have been in the consumer sector, from games like Pokemon GO to IKEA’s AR showroom, Place, industrial adoption is (albeit more quietly) spreading like wildfire. Here’s Gigabit Magazine’s breakdown of some of the most promising industrial and logistics applications for AR (and VR).

The UK’s National Health Service (NHS) is a colossal logistical operation with high costs for supply chain failure, disruption or shortages. Since a successful pilot program in 2018, Leeds Teaching Hospitals NHS Trust has partnered with supply chain solutions company Scandit to use AR and machine learning technology in order to capture, track and collate inventory and patient data. The trust reportedly “saw a 95% improvement in cost and time efficiency when it implemented Scandit software in 114 departments as part of the UK Government's Scan-4-Safety initiative.”

Now, this September, IT solutions provider Ingenica has announced that it is partnering with Scandit and the NHS in order to integrate AR solutions into the entire organisation.

“Workers in the healthcare sector, particularly in the NHS, are incredibly time poor and new ways are needed to free up staff from inefficient tasks,” said Samuel Mueller, CEO at Scandit. “Our partnership with Ingenica Solutions will help transform inventory management across NHS systems.”

The ability for AR to help logistics personnel collect, process and record data with added accuracy and speed is a massive efficiency driver within the supply chain and logistics space.

The ability for AR to provide everyone from BMW engineers and food bloggers to soldiers and astronauts with a heads up display, a visual overlay providing information ranging from vital signs to a heatmap of nearby enemies in the field (just think Iron Man) has been a core promise of the technology from the get-go. The idea has been alive in science fiction for decades.

The next major beachhead for the AR heads up display may be the logistics and supply chain sector. Reportedly, “in the automotive logistics sector, a number of vehicle-makers and logistics service providers have been prompted to investigate the potential of technology such as glasses or goggles that can overlay a heads up display onto a normal view of the world.”

BMW is leading this charge (in addition to giving its mechanics heads up display rigs for maintenance and allowing customers to preview different models and configurations of car in their driveway) at a pilot project in Munich.

Nela Murauer, head of the Smart Glasses Project, explained to Automotive Logistics, the company is trialling glasses like those from ODG, Vuzix and Google, which are “technically used like a monitor worn on the nose” to display picking information in the worker’s field of vision, while interaction with the warehouse management system is achieved via barcode scans.

The ability for workers to be directed in the field by digital overlays may become a crucial aspect of logistics work, as picking plants become a larger source of employment.

Another key application for AR tech is providing immersive, comprehensive training with zero risk - and without building expensive simulators. Again, BMW is working hard to be an early adopter of the technology. In April 2019, the company announced that it was increasing its focus on using AR at its Production Academy. According to the release, “the BMW Group trains managers, production planners, process leaders and quality specialists on the principles of lean production. As key communicators, training participants then pass on this knowledge on the shop floor.”