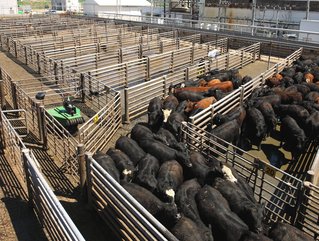 The ag-tech robot aims to improve animal welfare and employee safety by moving cattle from pens to the harvest area.

Cargill says the cattle herding robot will reduce stress to animals by minimising their contact with humans.

It will also help to protect employees by keeping them at a greater distance from the 1,300-pound animals, avoiding potential safety hazards.

“The robotic cattle driver developed by Cargill is a major innovation in the handling and welfare of farm animals,” said Temple Grandin, professor of Animal Sciences at Colorado State University.

“This device will lead to huge strides in employee safety while moving large animals and reduce the stress on cattle across the country.”

By using waving automated arms, blowers and audio recordings, Cargill's employees can use the robot to move cattle in the right direction.

The robots can operate in all weather conditions with no delay in daily operations, according to the firm.

The ag-tech project was trialled at Cargill’s beef plant in Schuyler, Nebraska, which processes around 5,400 heads of cattle on a daily basis.

“This innovation provides a much safer workplace for our employees and allows them to develop new technology expertise as they manage and operate the robot.”

Brad Churchill, plant operations manager, added: I believe this could be used someday in all of our beef facilities and beyond.

“Finding technology that helps keep our people safe and improves animal welfare is a big win.”